Home Arizona Community Websites Ahwatukee News Could You Be Homophobic? Self-Check for this Ugly Emotional Cancer

Does it make you uncomfortable to think about homosexual sex? If so, have you ever asked yourself why? Really, your discomfort likely goes back to what you’ve learned or been taught to believe by your parents, your religion, or your peers.

Unfortunately, many people in our culture are taught to believe that sex among people of the same gender is wrong, sinful, dirty, unnatural, deviant, or brought on by some sort of mental illness or disease. These beliefs are then perpetuated and reinforced by numerous sources and institutions, such as peers using the word “gay” as a slur to make fun of someone else, churches teaching that same-gender sex is unnatural and goes against God’s will, and sex education curriculums in schools that omit any information about same-gender sex because some people feel it shouldn’t be discussed – again, based on their beliefs (even though it is an important public health issue for everyone, equally as important as heterosexual sex). All of these biases come about from years of conditioning to believe that homosexual sex is wrong or bad.

The thing about beliefs is that they are just that: beliefs, not facts. 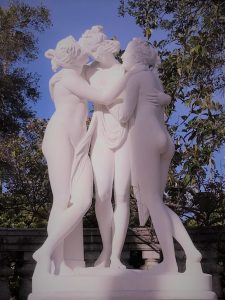 Take all of these learned biases away and then consider what you would actually believe, without the outside influence of others. Think back to when you were a young child and you didn’t know what “gay” or “bisexual” was: someone had to teach you what it meant, and based on what you were told, you formed a belief about whether it was good or bad and you’ve likely carried that belief into your adult life. The great thing about beliefs is they can change. Change often comes when people examine their beliefs, learn the facts, and understand all of the influences that led to their current beliefs.

Homophobia is defined by Merriam-Webster Dictionary as irrational fear of, aversion to, or discrimination against homosexuality or homosexuals. This would also apply to biphobia as well, because at the core of biphobia is the aversion to or discrimination against the same-gender attractions and sexual relations for those who are bisexual when the attraction applies to the same sex.

Homosexuality and bisexuality have existed among humans from very diverse cultures, all over the world, dating back thousands of years to ancient civilizations and our earliest recorded history. Over the millennia, some cultures have encouraged and even praised it. Others have neither encouraged nor discouraged it. Still others have persecuted people for it, spreading homophobia to the point where anti-homosexual laws were enacted, or worse, people were tortured and killed for it. No matter when or where you were born, it all boils down to what you were taught to believe.

So how do you know if you’re homophobic? Ask yourself these questions:

1) How do you feel when you ponder homosexual sex? If you’re straight, it would make sense to feel neutral or even a little discomfort because it’s not your thing – you’re not bi or gay! But if you literally squirm, feel deeply repulsed, or even offended – that’s a pretty sure sign of homophobia. And rest assured it’s okay to feel curious about homosexual sex and what it’s like, even if you’re straight. Some people enjoy private fantasies about homosexual sex, but would never act on them. There are also a significant percentage of men who find the idea of two women together to be very erotic. Thoughts like these are common and normal.

2) Are you uncomfortable around people who identify as homosexual or bisexual to the point where you avoid them or behave differently around them? The key here is whether your beliefs are affecting your relationships. If the way you feel about a longtime friend suddenly changes for the negative when you realize they are gay, lesbian or bi, then your beliefs are negatively affecting your relationships! If you can’t relax around people who are gay, bisexual or lesbian, you’ve got some degree of homophobia going on.

3) Do you automatically assume that anyone who is bi or homosexual could suddenly turn their affection toward you, even if it’s unwanted? That’s the definition of an irrational fear. This is homophobia. In reality, you should be no more worried about a bisexual or homosexual person coming on to you than anyone else. In the off chance they do find you attractive and they make a move to show they’re interested, how would you handle it with someone of the opposite sex? Just tell them you’re flattered, but no thanks and move on. 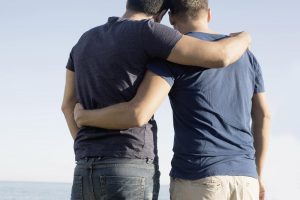 4) Do you actively speak out against homosexuals, bully them, tease them, exclude them, quip bible passages at them, suggest “conversion therapy,” make fun of them, hate them, feel as if you’re better than them, or if it’s a family member – disown them? If you do any of these things, then you are deeply homophobic. Ask yourself why, whether your actions and beliefs are based on facts – or opinions and beliefs you’ve assimilated – and why you can’t love the person and accept them for who they are. Anecdotal evidence sometimes suggests that the people who are the most deeply, irrationally homophobic actually turn out to be closeted homosexuals themselves. That’s the kind of messed up stuff that can happen when society pushes an entire group of people into the shadows for fear of doing and feeling what comes naturally.

Homophobia is driven by fear, and perhaps the best question to ask yourself is: fear of what? Left unchecked, it can become an emotional cancer between you and your loved ones that destroys relationships. The bottom line is people are more than their sexual identities. If you can’t look past that one part of them, you could be missing out on all of the other wonderful things that person has to offer, and no one can change that but you.