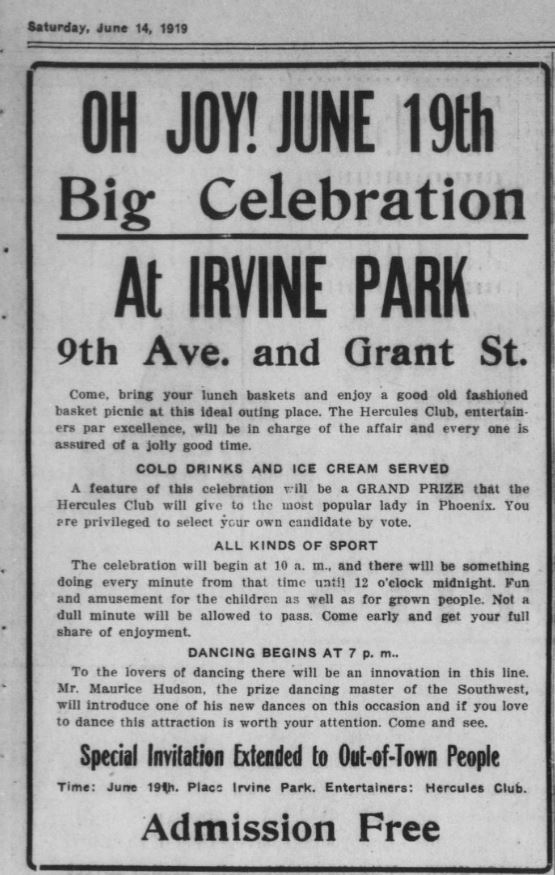 The Rocky Mountain Southwest Chapter of NATAS joins in the recognition of Juneteenth, the oldest nationally celebrated holiday marking the end slavery in the United States. Juneteenth dates back to June 19, 1865, and is also known as Freedom Day, Jubilee Day, Emancipation Day and Black Independence Day.

Although, President Abraham Lincoln’s Emancipation Proclamation became official January 1, 1863, two and a half years earlier than Juneteenth, it had little impact. Freedom was often reliant on the presence of Union troops. Without Union troops to enforce the Executive Order, life continued as it was for the enslaved peoples. In Texas, which remained semi-isolated with few Union troops, the enslaved were not freed until Major General Granger arrived in Galveston in 1865 to read the General Order #3 that superseded the Emancipation Proclamation. And Juneteenth was born. The holiday became a local celebration in 1866 and soon spread across the country expanding over all generations as families emigrated.

In the late nineteenth century, Black Texans left the Lone Star State for Arizona, bringing their cultures, traditions and Juneteenth celebrations with them. Although documents and official records of festivities in Arizona are scarce, a clipping from the Phoenix Tribune suggests one of the earliest public Juneteenth celebrations in Phoenix dates back to 1919. In 2016, Arizona legislature passed a bill and became the 45th state to recognize Juneteenth as a state holiday.

It is currently celebrated across 47 states in the U.S. with observances including public readings of the Emancipation Proclamation, street fairs, rodeos, songs, and readings of works by noted African American writers. Today, Juneteenth celebrates African American freedom, achievement, and encourages self-development and respect for all cultures.

Amid national conversations for racial justice and equality, it is an important milestone in the country’s history to pause, reflect and learn about freedom for all. While it’s not a sanctioned federal holiday, our organization observes Juneteenth by continuing to educate ourselves, being a part of helping to create meaningful change through our work with sharing community stories and fighting for equality.

NATAS is a professional service organization dedicated to the advancement of the arts and sciences of television and the promotion of creative leadership for artistic, educational, and technical achievements within the television industry. The Rocky Mountain Southwest Chapter, formed in 1959, represents Arizona, New Mexico, Utah, Wyoming, and El Centro, Calif. For more information, visit rockymountainemmy.org.