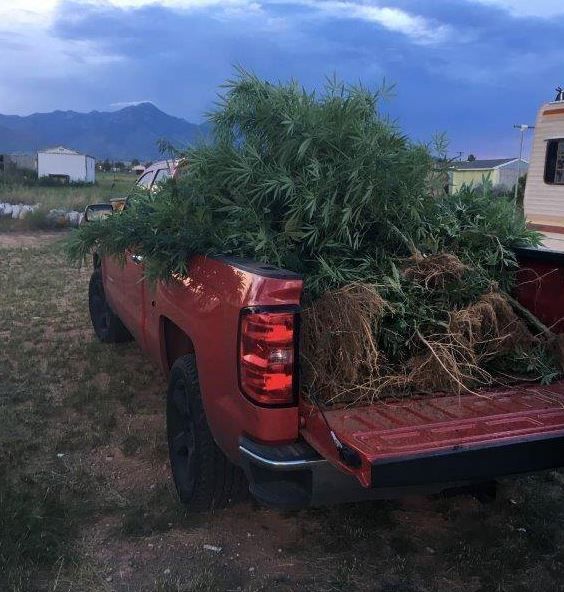 Deputies with the Cochise County Sheriff’s Office made an important discovery and subsequent arrest last month. On August 23, 2018, deputies responded to reports of a suspicious person near the Ash Canyon area south of Sierra Vista.

When they arrived, deputies discovered 44-year-old John Sochor behind the wheel of a Black SUV. He was soon found to be in possession of multiple marijuana plants, several items of drug paraphernalia, seven firearms including an AK47 and several thousand rounds of ammunition.

Deputies obtained a search warrant for a residence on East Faith Avenue, where they found 87 marijuana plants of various heights, with some standing at one foot and others reaching ten feet in height. They also uncovered more drug paraphernalia, as well as an alarming number of weapons and ammunition including nine firearms, two rifle grade bullet proof vests and one handgun grade bullet proof vest.