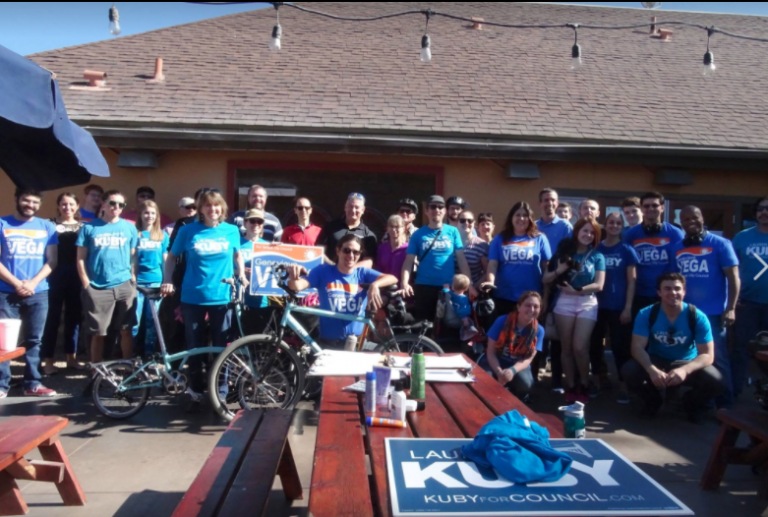 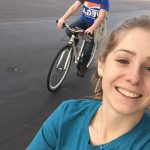 Saturday’s event had multiple objectives. Both the canvassers and the cyclists wanted to come together and promote sustainability through grassroots organizing at the local level. This was done by promoting transportation safety for the city’s bikers and drivers alike while also supporting candidates Lauren Kuby (currently serving on the council) and Genevieve Vega, both of whom are supporters of Tempe’s desire to be be multimodal, in the upcoming 2018 City Council Race (March 13th).

Bikers and seasoned canvassers rallied together on Saturday to send the message that civic engagement is possible even for those who cannot or do not drive. Typically, campaign canvassing happens in cars, but in a city like tempe, where biking is so easy and common, bikes are just as great of a way to get around as any! Councilmember Kuby has been a huge advocate for sustainability and candidate Vega also believes this to be an important issue for Tempe. Bikes are a much more sustainable way to get around, so the idea of a bike canvass was very exciting to everyone.

“We couldn’t not do it! There was so much positive energy around this idea by so many people who never knocked doors before!” said Campaign Manager and Sustainability graduate student, Zoe Stein.

The Tempe bike community and the canvassers biked to nearby neighborhoods to speak with residents at their homes. The cyclists are passionate about both bikeability and safety. The canvass was about talking to neighbors on how to bike safely or drive and share the road while promoting candidates they believe in who share these values. They volunteer teams each had an expert biker, and expert canvasser. The teams distributed lit on the candidates and an addition piece of lit on road safety as the objectives of the event were to both contact voters and improve the community’s literacy regarding multi-mobile transit.

This event demonstrated how residents are becoming more politically active in their communities and how sustainability is becoming an increasing norm. “When I first ran for local office, everyone told me I was crazy to run on the issue of sustainability” said Councilmember Kuby. “Now, most of the candidates have mentioned sustainability in their platforms and it is amazing” LK. 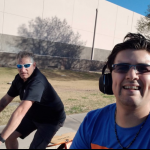 The event had so much positive energy that several elected officials stopped by to participate and show support including AZ State Senators Sean Bowie and Juan Mendez, State Representative Athena Salman, and former Tempe Vice Mayor Corey Woods. Other candidates including Jeff Grout and Randy Miller also made an appearance, both of whom are running for the SRP Board. Phoenix Mayor Greg Stanton, who is currently running for Congress also mentioned his excitement for the bike event. “This is the first, but definitely not the last one!” said Ryan Guzy who is the chair of Tempe’s Transportation Commission.