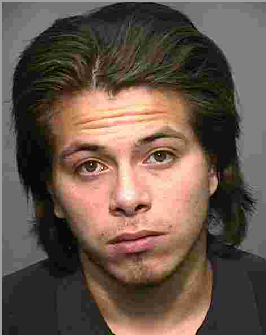 A 21-year-old Flagstaff man who fatally stabbed his landlord during a rent dispute has been charged with second-degree murder.

James Womble has pleaded not guilty to one count, claiming self-defense in the July 25 stabbing death of 63-year-old Peter Gillespie.

Womble remains out of jail without posting bail after he was released to pre-trial services under his own recognizance.

The Coconino County Attorney’s Office waited to press charges until it received all of the forensic evidence from the Department of Public Safety Crime Lab.

According to the report filed by Flagstaff Police, Gillespie and Womble got into an altercation over past-due rent, and the incident ended in bloodshed with Womble stabbing his landlord eight times with a pair of scissors.

Womble called 911 after the altercation and admitted to stabbing his landlord, but told police he only stabbed the man after being attacked.

Womble told police that the incident turned violent after Gillespie bumped him and threw him to the ground, making his shoulder pop out of place. Womble did note that his shoulder goes out of socket often due to a past injury. He claims that he grabbed a pair of scissors in self-defense, and yelled “get away from me. I am going to stab you. I have a bad shoulder and I can’t do anything else but stab, so please get away from me.”

Womble said that Gillespie began to choke him, and that’s when he stabbed the man.

Womble is scheduled to appear in court on Dec. 8 for his preliminary hearing.