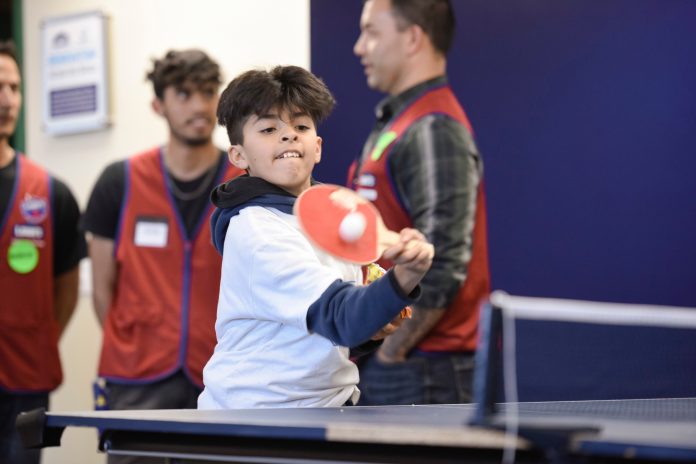 The Boys & Girls Clubs’ Warner & Shirley Gabel Branch recently celebrated the completion of a newly built teen bathroom and upgraded teen room at the Warner & Shirley Gabel Branch in South Phoenix. The improvements, made possible through a $50,000 grant from Lowe’s, included the construction of a new teen bathroom on the second floor of the Club, and upgrades to the teen computer area, including new seating and a fresh coat of paint.

The dedication event, held Tuesday, February 25, included the Lowe’s team putting the finishing touches on the space and tours for community members showcasing the new and improved areas.

The Boys & Girls Clubs of America partnership with Lowe’s impacts Clubs by addressing necessary improvements while bringing the skills and dedication of Lowe’s Heroes volunteers to leave a lasting mark on Clubs and the youth and communities they serve. More than 1,000 Lowe’s Heroes have provided hands-on volunteer support to complete critical repairs at Renovation Across the Nation Clubs.