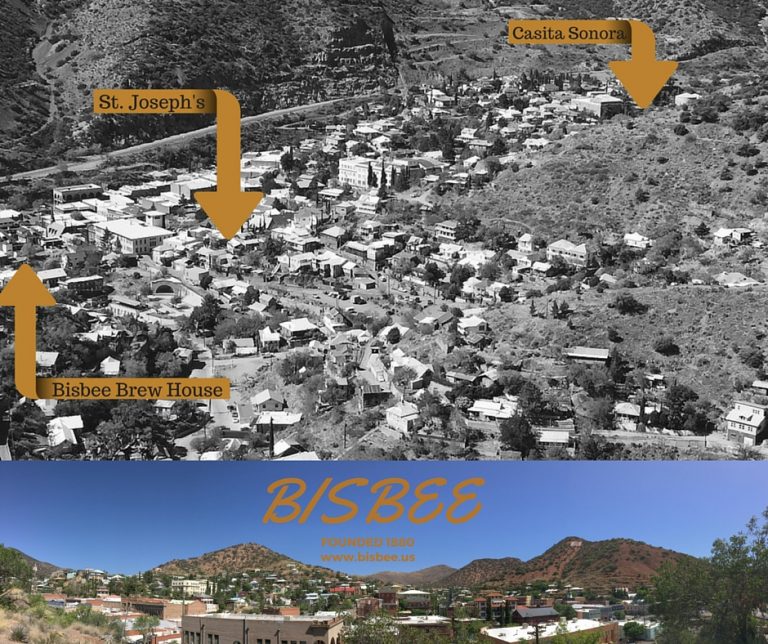 We are celebrating USA Today’s readers naming Bisbee “best historic small town” and Sunset Magazine selecting it as the “Best Small Town of 2016 with a free two night stay*.  The owners of My Local News have three properties in Bisbee.  The Bisbee Brew House, Casita Sonora and St Josephs (a former convent). To enter to win simply tell our readers why you would like to visit Bisbee along with a photo of you holding a sign that reads “Bisbee”.  Your story will be published on Bisbee News where you can also find out more information on our vacation homes.

To submit your story and photo please click here or fill out the form below.   Winners will be chosen at random. Subject to availability and blackout dates.

More about Bisbee from Wikipedia

Bisbee was founded as a copper, gold, and silver mining town in 1880, and named in honor of Judge DeWitt Bisbee, one of the financial backers of the adjacent Copper Queen Mine.  In 1929, the county seat was moved from Tombstone to Bisbee, where it remains. 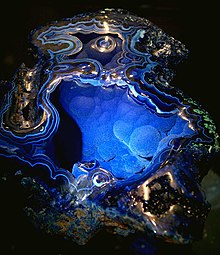 Classic azurite mineral specimen from the Bisbee mines, collected circa 1890

Mining in the Mule Mountains proved quite successful: in the early 20th century the population of Bisbee soared. Incorporated in 1902, by 1910 its population had swelled to 9,019, and it sported a constellation of suburbs, including Warren, Lowell, and San Jose, some of which had been founded on their own (ultimately less successful) mines. In 1917, open-pit mining was successfully introduced to meet the copper demand during World War I.

A high quality turquoise promoted as Bisbee Blue was a by-product of the copper mining. Many high-quality mineral specimens have come from Bisbee area mines and are to be found in museum collections worldwide. Some of these minerals include: Cuprite, aragonite, wulfenite,malachite, azurite, and galena.

Miners attempted to organize to gain better working conditions and wages. In 1917, the Phelps Dodge Corporation, using private police, transported at gun point over 1,000 striking miners out of town to Hermanas, New Mexico, due to allegations that they were members of the Industrial Workers of the World (IWW); the company wanted to prevent unionization.[4] Earlier that year, industry police conducted the Jerome Deportation, a similar event to expel striking miners.

The introduction of open-pit mining in the 1950s and continued underground work enabled the town to survive changes in mining. Neighboring towns had mines that closed, with a resulting dramatic loss of population. But, by 1950, the population of Bisbee had dropped to less than 6,000. In 1975 the Phelps Dodge Corporation halted its Bisbee copper-mining operations.

Bisbee Mayor Chuck Eads, with cooperation of Phelps Dodge, implemented development of a mine tour and historic interpretation of a portion of the world-famous Copper Queen Mine as part of an effort to create heritage tourism as another base for the economy. They worked to compensate for the economic loss due to the end of the mining industry in the area.

Community volunteers cleared tons of fallen rock and re-timbered the old workings. Eventually, this local effort came to the attention of the federal Economic Development Administration. It approved a large grant to the City of Bisbee to help the mine tour project and other improvements in downtown Bisbee; these were designed to meet tourist business needs. The Queen Mine Tour was officially opened to visitors on February 1, 1976. More than a million visitors, from all 50 states and more than 30 foreign countries, have taken the underground mine tour train.

From 1950 to 1960, the sharp population decline changed and the number of residents of Bisbee increased by nearly 160 percent when open-pit mining was undertaken and the city annexed nearby areas. The peak population was in 1960, at 9,914.

In the following decade, there was a decline in jobs and population, although not as severe as from 1930 to 1950. But, the economic volatility resulted in a crash in housing prices. Coupled with an attractive climate and picturesque scenery, Bisbee became a destination in the 1960s for artists and hippies of the counter culture.

Artist Stephen Hutchison and his wife Marcia purchased the Copper Queen Hotel, the town’s anchor business and architectural gem, from the Phelps-Dodge mining company in 1970. The company had tried to find a local buyer, offering the deed to any local resident for the sum of $1.00, but there were no takers. The property needed renovation for continued use. 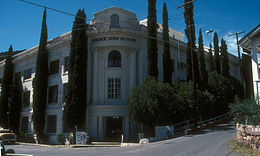 Hutchison purchased and renovated the hotel, as well as other buildings in the downtown area. One held the early 20th-century Brewery and Stock Exchange. Hutchison began to market Bisbee as a destination of the “authentic,” old Southwest. His work attracted the developer Ed Smart.

Among the many guests at the hotel have been celebrities from nearby California. Actor John Wayne was a frequent visitor to Bisbee and the Copper Queen. He befriended Hutchison and eventually partnered with Smart in his real estate ventures. This period of Bisbee’s history is well documented in contemporary articles in The New Yorker and in an article by Cynthia Buchanan in The Cornell Review. It was at this time that Bisbee became a haven for artists and hippies fleeing the larger cities of Arizona and California. Later it attracted people priced out by gentrification of places such as Aspen, Colorado.

In the 1990s, additional people have been attracted to Bisbee, leading it to develop such amenities as coffee shops and live theatre. Many of the old houses have been renovated, and property values in Bisbee now greatly exceed those of other southeastern Arizona cities.

Today, the historic city of Bisbee is known as “Old Bisbee” and is home to a thriving downtown cultural scene. This area is noted for its architecture, including Victorian-style houses and an elegant Art Deco county courthouse. Because its plan was laid out to a pedestrian scale before the automobile, Old Bisbee is compact and walkable. The town’s hilly terrain is exemplified by the old four-story high school; each floor has a ground-level entrance.