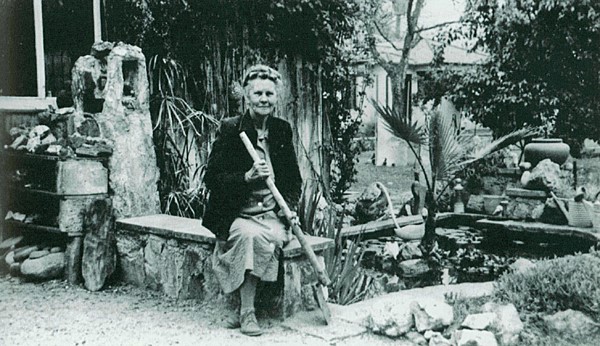 Originally published September 14, 2012 – For obvious reasons, the one-acre, three-sided slice of land was called Triangle Park. It was green-space left over when the Apache Curve was created in the 1930’s to seamlessly link Highways 60, 70, 80 and 89 to Mill Avenue.

Today we know the sliver as Birchett Park.  42 years ago the modest, one-acre space became a battle zone in Tempe. Last week’s column reported that back in 1970 the Tempe Chamber of Commerce proposed, for the little park, a Chamber and community campus, designed by Michael & Kemper Goodwin. The project was shelved. And I wondered why.

Community leaders who were around at the time, and I have talked to, have only vague recollections of the proposal. That’s why I put out a call to readers for help. Jared Smith, Tempe History Museum’s Curator of History, heard my cry for help and came up with some very revealing information.

According to the Club’s account, in 1964 as Grady Gammage Auditorium was nearing completion, the city asked the Tempe Garden Club to landscape the barren space in order to help frame the Frank Lloyd Wright building.

Shortly after, the Club began improving the site by planting “…250 rose bushes, 90 Pyracantha, cassia, Texas sage, and a Magnolia tree…” In 1969 a $50 Atlantic-Richfield grant gave the Club the resources to plant three Aleppo pines.

According to the account “The members of the club became passionate about preserving this piece of land as a park.” That’s why, in 1970, “when word went out that the city was considering turning the area into an office (Tempe Chamber) building, the garden club sprang into action and circulated a petition obtaining 800 signatures protesting the idea. The idea of an office building,” they say, “went no further.”

The Goodwin’s attempted to assuage the objections of the TGC: “A large meeting room occupies the main level, anticipating the needs of the Garden Club and other groups.” Their description of the landscaping gave a nod to the efforts of the group: “Leading away from (the) plazas are rose gardens with each planter assigned a garden club.”

All to no avail. The project was scrapped.

A year later, the Club was instrumental in persuading the city to officially designate the land, Birchett Park in recognition of the pioneer Joseph Birchett family. Actually, according to the report, Guess Birchett, Joeseph’s widow suggested the name and “…was surprised…” when the town dedicated Birchett Park in April 1971 – the same year she was made Tempe’s Centennial Queen for the city’s 100 birthday.

Known as the Bird lady of Tempe for her interest in ornithology, Birchett (1881-1979) was also a longtime member of the Tempe Garden Club. A few more pieces of an intriguing puzzle put in place.