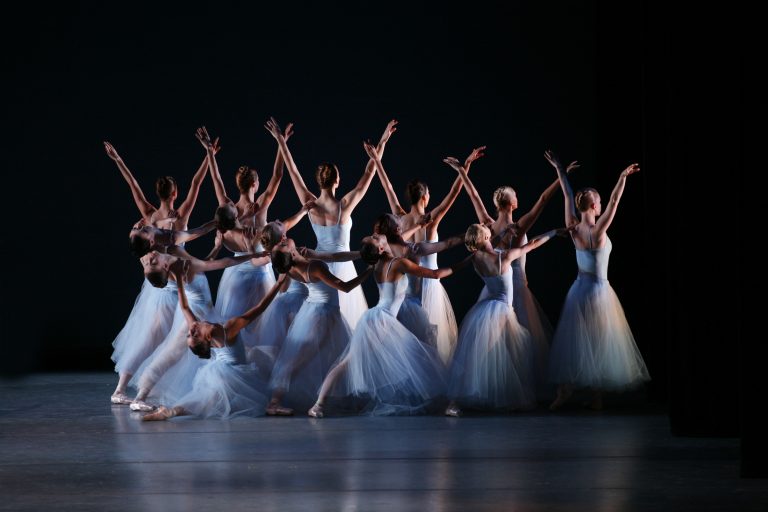 George Balanchine, known as The Father of American Ballet, broke ground when he put his twist on traditional ballet standards and techniques. Before his storied career at Ballet Arizona, Ib Andersen was mentored by the legendary choreographer during his tenure as a dancer at New York City Ballet. Now the company will bring the Big Apple to center stage. Ballet Arizona will take Balanchine’s works to the next level, including Slaughter on Tenth Avenue, a Broadway-inspired theatrical interpretation of the musical, On Your Toes.

Andersen, Ballet Arizona’s Artistic Director, will present three of Balanchine’s works during All Balanchine including one never before performed in Arizona, Bourrée Fantasque. The Valley’s only professional ballet company will present five performances of All Balanchine March 24-27 at Orpheum Theatre.

Ballet Arizona will also present the Arizona premiere of Balanchine’s Bourrée Fantasque. Balanchine takes comic aim at many of the conventions that typify classical dance while providing glimpses of popular genres including the can-can and tango with a score by Emmanuel Chabrier. Bourrée Fantasque moves from comic absurdity, to dazzling hilarity with astounding shifts of geometric formations.

The first ballet Balanchine choreographed in America, Serenade is a romantic work of massive sweep set to a transcendent Tchaikovsky score, echoing themes of betrayal and alluding to images of protection.

Andersen is one of only a handful of artists worldwide entrusted by the Balanchine Trust to stage these masterpieces. His understanding of Balanchine’s work draws respect from revered dance critics across the country.

“One of the most striking developments in modern ballet is that there is now a trans-American, even trans-global, Balanchine diaspora. Ballet Arizona ranks among the most significant,” –Alastair Macaulay, The New York Times.

Ballet Arizona’s Opening Night Series Sponsor is F. Francis and Dionne Najafi of Pivotal Foundation. All Balanchine is produced by Bob Benson. Bourrée Fantasque is sponsored in part by Dr. Eleanore Jane Rosenthal. Ticket prices for All Balanchine start at $35, with discounts offered for seniors, students, military, and groups. Tickets can be purchased by calling 602.381.1096 or visiting balletaz.org.

Ballet Arizona is dedicated to preserving and celebrating classical dance while creating new and innovative works. Under the artistic direction of internationally acclaimed choreographer Ib Andersen – a former Principal Dancer with The New York City Ballet and The Royal Danish Ballet – Ballet Arizona follows his lead to the future of dance in Arizona. The School of Ballet Arizona promotes access to the art form of ballet through dance education, with a focus on excellence in the form, directing each student to a life-long love of dance. Following this vision, Ballet Arizona connects to more than 35,000 children and families every year through its free and low-cost outreach programs. For more information, visit balletaz.org.