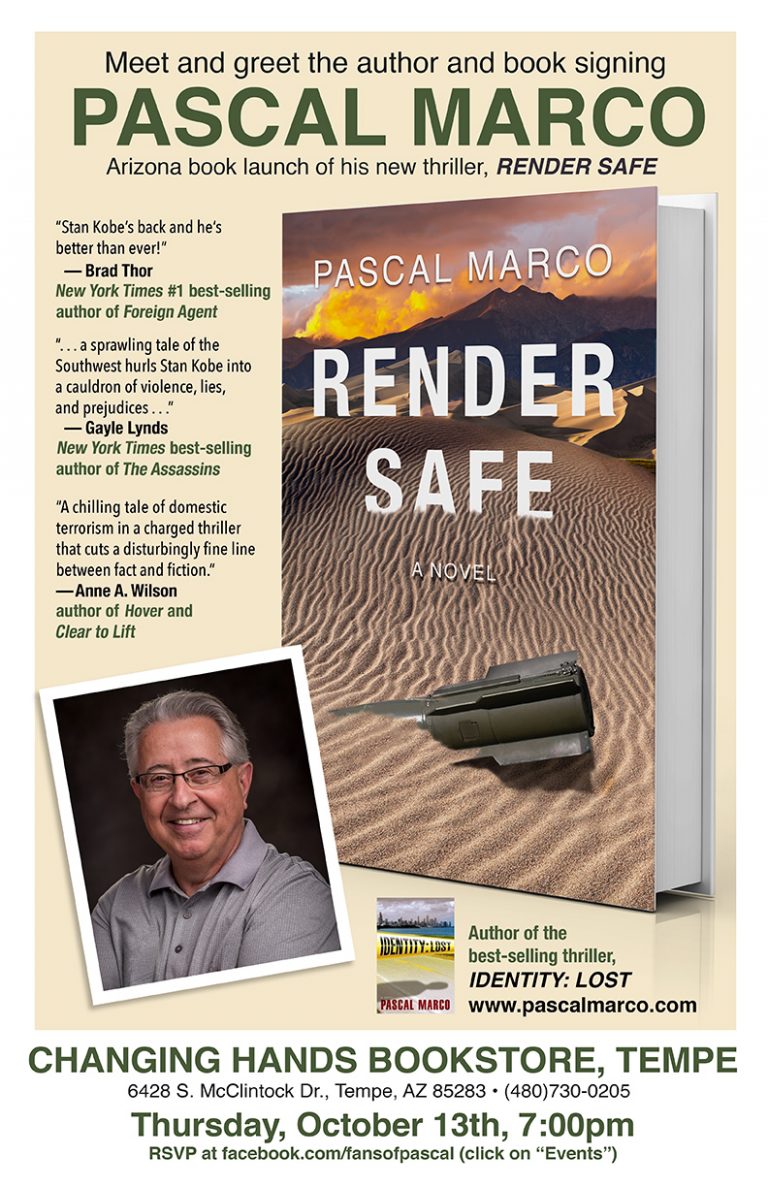 Pascal Marco will be at Changing Hands Bookstore, Tempe, Thursday, Oct. 13, 7pm, to discuss several real life incidents that have occurred in Arizona over the last two decades that inspired the storyline in his new thriller novel, Render Safe, and how his fictional Maricopa County prosecutor became involved in these events.

Synopsis: When a house explodes with a mother and two children inside, Stan Kobe is called to the horrific crime scene. The father, a former Air Force bomb technician, becomes the key suspect, but disappears and is never found. Ten years will pass before another triple homicide occurs with similarities the savvy prosecutor, Kobe, believes are common to his decade-old cold case.