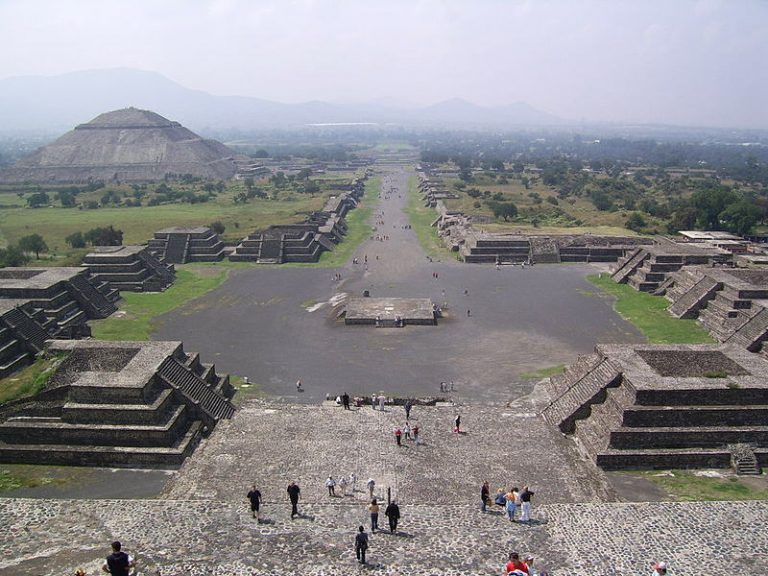 Teotihuacan, Mexico, the first city of its kind in the Western hemisphere, was home to over 80,000 people and remained constant for four centuries. It was the largest and most technological advanced city in its area. The Egyptians served under powerful pharaohs, the British under monarchs but the indigenous people of Teotihuacan did not serve under a king.

Michael Smith, the director of operations at Arizona State’s lab in Teotihuacan, talked about the exclusive ASU lab. The lab was built under the leadership of George Cowgill, an ASU professor, and previous director of operations at the Teotihuacan site. According to Smith, Cowgill is highly respected in the archaeologist world. He explained the University would not have this lab without Cowgill’s credentials.

ASU’s academic involvement in this exclusive archaeologist site is significant for the most innovative university in America. The lab acclaimed for its organization is the only international lab in Teotihuacan, and is also the largest off-campus site at ASU. A milestone considering there are a plethora of mysteries that shrouds the ancient city.

One of these mysteries, according to Smith, is how did the largest city in Western hemisphere run without the presence of a king? ASU’s research shows that Teotihuacan was an equalitarianism society. Therefore standard of living was virtually equal.

“Everyone lived in a palace in Teotihuacan,” Smith said.

Smith speculates that the city had a committee, but he is still unsure how they convinced people of Teotihuacan to build a 21-story pyramid.

Teotihuacan, located 30 miles from modern day Mexico City, is the most visited place in Mexico, and the pyramids of the city are considered the main attractions.

Sofia Esquivel-Elizondo, a Ph.D. student at ASU and former tour guide at Teotihuacan, said she is torn about ASU’s involvement at the site.

“I know a lot of progress would not have been made on the site if it were not for American involvement,” Esquivel-Elizondo said. “However, I do wish it was Mexico handling the site, but I know that the progress would be slow.”

Even though Esquivel-Elizondo worked as a tour guide at Teotihuacan, she said there were a lot of things that Smith had said during the lecture that she had never heard of before.

“As an ASU student it is exciting, but as a Mexican it is disappointing,” Esquivel-Elizondo said.

Alexandra Norwood, an Arizona State Anthropology and Geology major, has worked under Smiths supervision. She is currently a research analyst for Teotihuacan but has not been to ASU’s lab at the site.

“I’m dying to get down there to see the lab,” Norwood said.

Norwood thinks that the lab plays a significant role in the way archaeology is conducted.

“Obviously, it’s ideal for ASU,” Norwood said. “People have a place to work, but the lab is also an important archive for a large number of artifacts.”