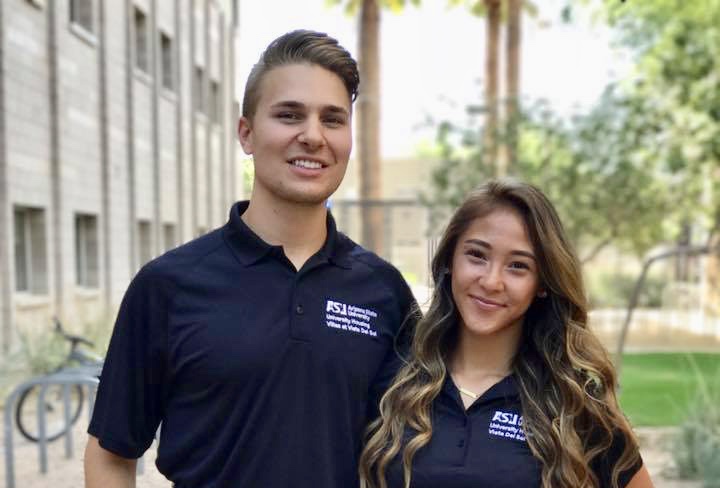 Hurricane Harvey made landfall near Corpus Christi, Texas, on Aug. 25, 2017, and has since caused over 60 deaths, according to ABC News .

The Category 4 hurricane has affected eleven counties within Texas that are surrounding the Houston area. Harris County, which is home to Houston and saw the worst flooding during the storm, currently has the highest death toll, with 30 confirmed Harvey-related deaths as of about 5 p.m. Monday, according to ABC.

With the news of Harvey circulating nationwide, some Arizona State University students have decided to take helping-out into their own hands.

“I was initially shocked by how much damage there was with the hit of the hurricane,” said Arianna Lew, a biological sciences student at ASU. “I remember logging onto my laptop and seeing all of the families and animals being evacuated on Facebook. It’s heartbreaking to sit, watch and not having the ability to have a bigger impact.”

Lew said that she and other students have already made donations via the efforts of the ASU Police Department and have made monetary donations to the American Red Cross, too.

David Hanson, an exercise and wellness major at ASU has even committed himself to creating a club on campus after seeing the aftermath of the storm.

“Admittedly, I wasn’t really worried about the hurricane at first,” said Hanson, “but immediately after Harvey hit, I could tell that it really was going to be as bad as they predicted… Now, I’m in the process of trying to organize a natural disaster relief club to help the effort.”

Lew and Hanson are not the only ones lending a helping-hand. Community assistants across ASU Tempe’s residence halls have come together to create a program in conjunction with the ASU Police Department that will bolster relief endeavors.

“Like many Sun Devils, I have both friends and family that are from, or currently live in the Texas areas that were flooded and evacuated,” said Cody Holt, a global politics/global studies major at ASU and co-organizer of the program. “Simply understanding that the individuals affected had no control over their displacement, injuries or uprooting can be really heartbreaking. If you were in that situation, you’d want some help, too.”

The fundraiser, titled, “Sun Devils for Texas,” is a food drive that will directly benefit the people affected by Hurricane Harvey, said Holt. Students and local Tempe residents can donate canned food, clothing items and supplies in front of the Tooker House residence hall, located on the northern side of ASU’s Tempe campus. The program will take place on Sep. 14, from 5-7 p.m. All proceeds will be shipped by the ASU Police Department to alleviate the crisis in Texas, said Holt.

“Hurricane Harvey has left the city of Houston and its surrounding areas in a state of crisis. Displacing people and families, resulting in miles of destroyed property and even resulting in fatalities,” said Shannon O’Toole, the head organizer of Sun Devils for Texas. “Here at Arizona State University, we have the potential and the means to help people in need. Doing so would not only save lives and benefit the communities in Texas, but also help to strengthen the sun devil spirit.”

ASU Police Department and Sun Devils for Texas have asked for the following donations: