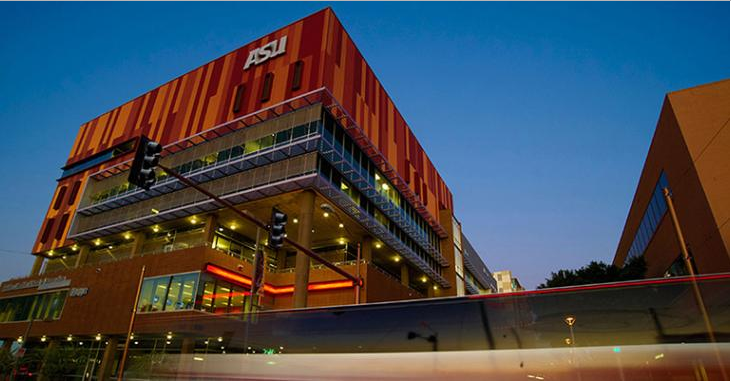 Most ASU students are surprised at the outcome of the presidential election which took place Tuesday, November 8.

Most of the students said the election results were surprising.

“I personally think the outcome of this election took people by surprise,” said Godsway Dorlah, business major. “The last group of people anyone will expect to vote for Trump is educated women, but it turns out that 53% of those women voted for Trump,” he added.

Dorlah also said he thought Hillary had an advantage over Trump to win, looking at the way Trump made comments about certain groups of people like women and Latinos.

“I am in shock at the results because I was, and am not, rooting for Trump,” Mohammed said.

The students, however, were not surprised at the presidential election result in Arizona. “I expected Trump to win in Arizona because Arizona is a republican state,” Mohammed said.

The state of Arizona, which carries 11 electoral votes, has voted republican “in every election since 1952 with the exception of Bill Clinton’s win in 1996,” according to a British Broadcasting Corporation (BBC) report.

Sandra Botwe, nutrition major, said she had initially predicted a win for Clinton because she realized there were lots of positive responses from people during her campaigns and even the presidential debates. She believes even though Clinton and her campaign team worked really hard to earn her the presidency, most people were not in favor of a woman becoming a president.

“I think she lost just because she is a woman,” Botwe said.

Trump gave his victory speech Wednesday, November 9 at the Hilton Hotel, New York. In the speech, Trump urged members of all political parties to come together as one people. He also promised to be president for all.

“It’s time. I pledge to every citizen of our land that I will be president for all Americans, and this is so important to me,” Trump said.

Clinton, on the other hand conceded the election and gave a concession speech in New York. In her speech, Clinton apologized to supporters and campaign team for not winning the election.

“This is not the outcome that we wanted and we worked so hard for, and I am sorry that we did not win this election,” Clinton said.

People are looking forward to how Trump will perform as a president, and how he is going fulfill all the things he said he will do if he became president.

“I actually want to know if trump will really build that wall on the border,” Botwe said.

According to Cable News Network (CNN) report, Clinton won the popular vote by getting 60,617,062 of total votes cast, while Trump had 60,118,567. However, Trump had 290 electoral votes out of 538, which is more than the 270 electoral votes needed for a candidate to become a president. Clinton had 232 electoral votes.