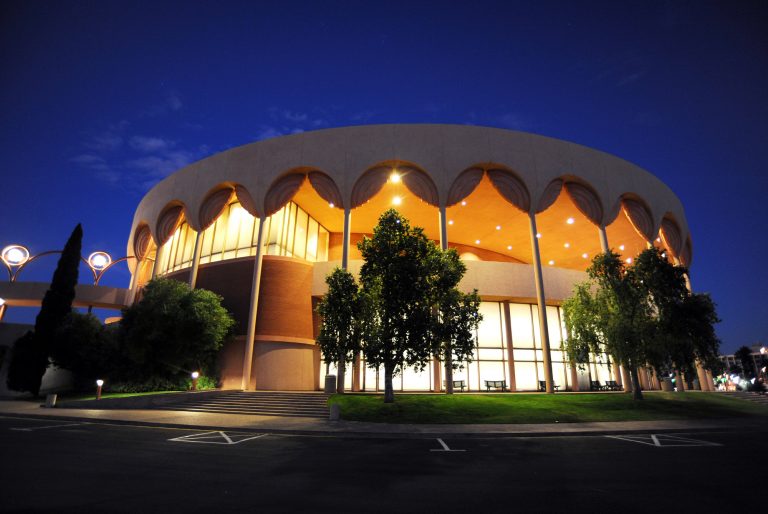 The ASU Gammage 2015-2016 Desert Schools Broadway Across America/ Arizona season that wrapped up this summer resulted in an estimated $100 million of economic impact for the Valley of the Sun during its fiscal year that ended June 30, 2016.

The magic of Broadway and the arts not only enrich the community culturally but also play a critical role in the economic vitality of the region. Every year, more than 400,000 people flock to Tempe’s Frank Lloyd Wright designed ASU Gammage to see Broadway. The majority of theater-goers are Valley residents but also includes ticket buyers in every county in Arizona, as well as out-of-state and patrons coming up from Mexico to see Broadway at ASU Gammage.

“The arts as a whole are a tremendous piece of Arizona’s economic engine,” says Colleen Jennings-Roggensack, executive director for ASU Gammage and associate vice president cultural affairs for ASU. Jennings-Roggensack has been leading ASU Gammage for 24 years, and her tenure is responsible for more than $1 billion of impact.

Based on research by The Broadway League, since 2006 ASU Gammage has created more than $550 million of economic impact for Arizona.

“The variety of arts and cultural events in Tempe make our city a destination for both locals and visitors,” says Stephanie Nowack, President and CEO, Tempe Tourism Office. “ASU Gammage, with its 10 to 20 weeks of popular Broadway shows, is a true Tempe gem which consistently benefits the city by boosting sales of Tempe businesses such as restaurants, hotels, and retailers.”

ASU Gammage now has a record number of season subscribers with full seven-show Broadway subscriptions already surpassing the all-time high. ASU Gammage now has more than 13K season subscribers thanks to an upcoming “BEAUTIFUL” 2016-2017 Broadway season. Subscribers who renew their subscription for the 2016-2017 season will be able to guarantee their seats for the premiere 2017-2018 Tempe engagement of HAMILTON before tickets become available to the general public.

“Patrons know that subscribers get great seats at a great value!” says Jennings-Roggensack. “There is so much excitement and anticipation of all the wonderful things to come to ASU Gammage including the new restrooms and elevators that will be completed in 2017. We truly have an amazing season coming this year and the future is bright with HAMILTON coming next season. HAMILTON is transcendent and powerful and the community wants to be a part of it. The word is out that season subscriber’s guarantee their seats when it comes to ASU Gammage.”

The 2016-2017 Desert Schools Broadway Across America – Arizona season which includes a mix of favorites including CABARET and THE SOUND OF MUSIC and also features amazing new Tony Award®-winning musicals and plays with MATILDA, FINDING NEVERLAND, AN AMERICAN IN PARIS and THE CURIOUS INCIDENT OF THE DOG IN THE NIGHT-TIME and is headlined by BEAUTIFUL – THE CAROLE KING MUSICAL that tells the inspiring true story of King’s remarkable rise to stardom.

Season subscriptions are still available at asugammage.com and start at the affordable price of $145 for seven shows.

About ASU Gammage
For more than 50 years, ASU Gammage has been a top cultural destination in the Valley. The Frank Lloyd Wright designed performing arts center located on the Tempe campus of Arizona State University is one of the largest university-based presenters of performing arts in the world and top touring market for Broadway. Home to the Desert Schools Broadway Across America–Arizona and BEYOND series, the mission of Connecting Communities™ goes beyond the stage and programs and impacts the community through shared experiences in the arts. asugammage.com

BROADWAY ACROSS AMERICA is part of The John Gore Organization family of companies, which includes Broadway.com and is operated by John Gore (Owner & CEO). BAA is the foremost presenter of first-class touring productions in North America, operating in 38 markets. Current and past productions include Beautiful, Chicago, Fiddler on the Roof, Finding Neverland, Million Dollar Quartet, Hairspray, On Your Feet!, The Producers, and Shuffle Along. Broadway.com is the premier theater website for news, exclusive content and ticket sales. For more information please visit BroadwayAcrossAmerica.com and Broadway.com.