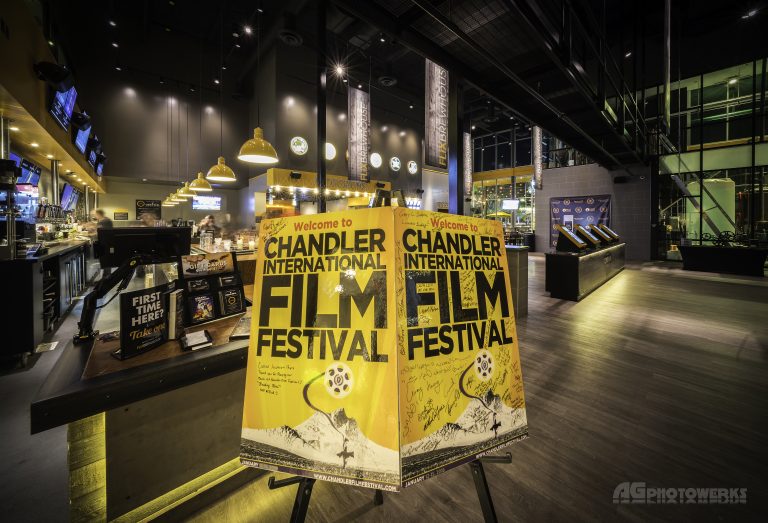 CHANDLER, Ariz. – The Chandler International Film Festival (CIFF) is excited to announce that “American Cherry” has been selected to kick off the sixth annual film festival on Tuesday, Jan. 18 at LOOK Dine-In Cinema (1 W Chandler Blvd) in Chandler. The night will begin with a Hollywood style red carpet opening at 6:30 p.m. before the film makes its Arizona premiere at 8 p.m. There will be an after-party following the movie at The Stillery (130 S. Arizona Ave).

“American Cherry” is a film directed by Marcella Cytrynowicz that follows a teenage girl living in a small town who must navigate her freedom and personal identity within a fractured, dysfunctional family. Varela plays the mother, suffering with mental illness and substance abuse, and Denton, who recently appeared in the Netflix hit show “Riverdale”, plays the boy next door who becomes the object of her fascination.

The movie will open the six-day international festival (Jan. 18-23) that will feature 115 movies with more than 20 films directed by local filmmakers, which is the highest amount in the six-year history of CIFF.

There will also be a multitude of filmmaker workshops for the public to attend throughout the week. Grady Craig, VP, Business Development & Operations at Bondlt Media will host a workshop about institutional investing along with indie greenlighting via creative development. Director Jordan Brady will host a 90-minute workshop discussing how actors and directors work in TV commercials. Actor Pat Finn will present a two-hour improv with audience participation.

Along with a diverse mix of films and workshops, CIFF will also include a variety of programming and events including an award ceremony, Q&As, panel discussions, nightly after parties, and multiple celebrity guest appearances from Sean Young, Pat Finn, Jordan Brady, Grady Craig and Bubba Ganter.

Tickets for CIFF begin at $10 for a single show, $50 for a day pass and $220 for an entire festival price. In addition, an online pass to stream a show on Festiflix will begin at $2.99 and vary by film.

The Chandler International Film Festival (CIFF) is a nonprofit (501c3) diversified and pioneering film festival located in Chandler, Ariz. With a passion for the art of filmmaking, the Chandler International Film Festival aims to support independent film producers from all over the world and their movie making. CIFF provides a platform through which projects are reviewed, judged, and honored for their uniqueness, creativity, and storytelling ability.