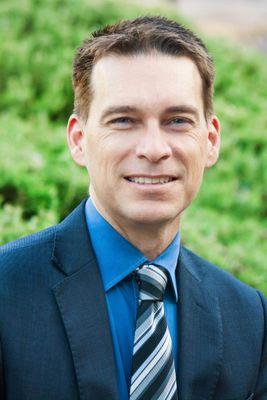 TEMPE, Arizona — This week, Tempe residents on the early voting registry will begin to receive ballots in their mailboxes. Additionally, a number of registered voters in the city may also receive a mailer depicting City Council Member and current re-election candidate Kolby Granville alongside the statements “Kolby Granville. Not A Leader,” and “Kolby Granville Is Wrong For Tempe.”

Reached by phone Thursday evening, Granville expressed puzzlement over the source of the mailers. “I don’t know who did it, I don’t know why they did it,” the second-term-seeking Councilman said, adding “There’s a name that says ‘Paid for by’ on them; however, there is no organization filed under that name.” 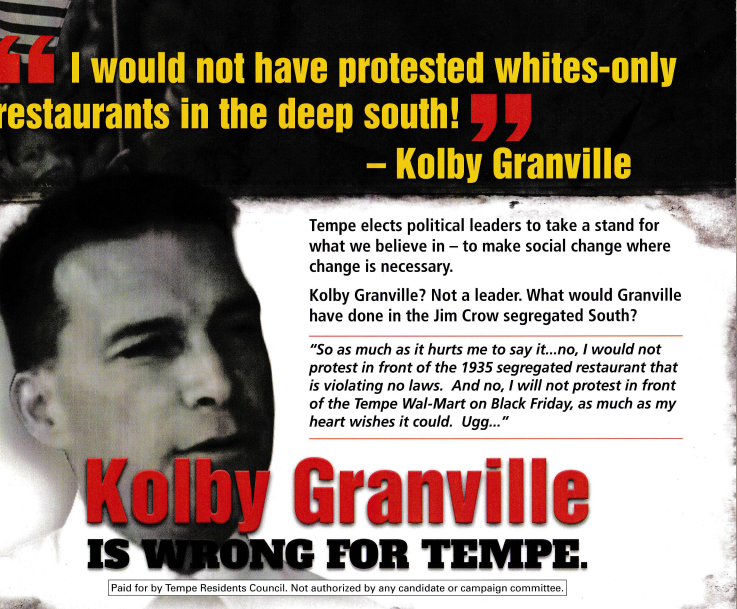 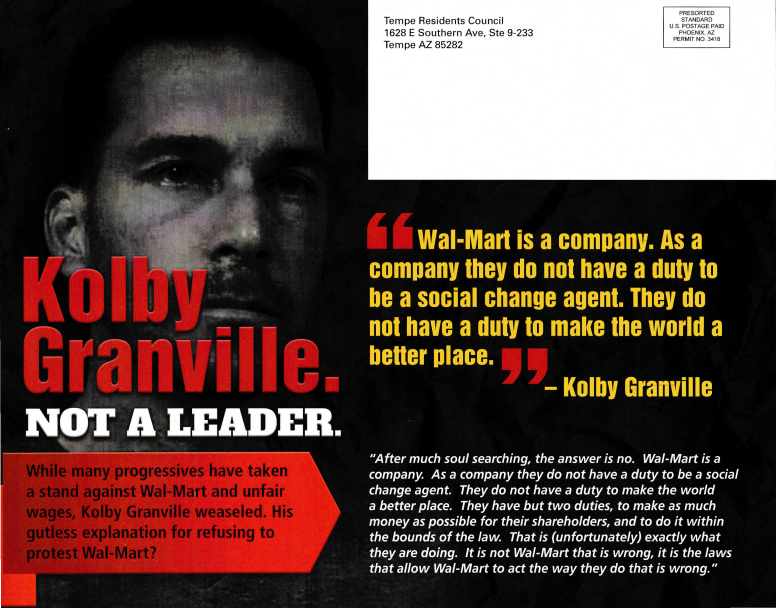 Indeed, there appears to be some mystery surrounding the origin of the mailers. Typically, materials sent out in support of or opposition to a particular candidate are the product of a Political Action Committee, or PAC, that is registered with the Arizona Secretary of State’s Election Services Division.

However, the anti-Granville mailers were apparently “Paid for by” a group called Tempe Residents Council, which does not appear to be registered as a PAC. In fact, there doesn’t seem to be any evidence of the organization’s existence online or elsewhere. What’s more, the address associated with the organization on the mailer is connected to an unknown box at a Mail Plus on the corner of Southern and McClintock.

While negative ads are certainly nothing new in politics, they are not especially common in city council races, which are generally non-partisan. These mailers appear to focus their attack on remarks that Granville made on the White Papers area of his website in 2014.

In a post titled “(Not) Breaking the Law,” Kolby articulated upon his decision not to participate in a Black Friday protest at a Walmart. He stated that while he does not agree with the practices of the company, and tries his best not to shop there, there was a difference between protesting perceived unfair practices as a matter of legislation and protesting the company itself by deterring people from shopping there.

He used the analogy of segregation-era laws that prohibited Blacks from patronizing White establishments, stating that like segregated businesses, Walmart was operating within their legal rights. “Like the whites only restaurant, they are doing exactly what the government tells they they are allowed to do,” he wrote, concluding that just as he ultimately decided against protesting Walmart, he would not have protested “in front of the 1935 segregated restaurant that is violating no laws.”

When it comes to the effectiveness of protest in affecting change, Granville agreed that “laws get changed by both public and private protest. I would happily march against laws I disagree with related to segregation, gender, working conditions, or anything for that matter.” Ultimately, he added, “There is, however, a distinction between marching against the law, and marching against one company by name following the law […] I  can’ t tell you exactly what the distinction is, but for me, right now, there is one.”

Revisiting the topic on Thursday, Granville stated “If they want to bring up a law that hasn’t existed in 60 years because the entire world thinks that it’s wrong, it’s kind of a straw-man argument. Of course everyone thinks segregation laws are bad; I think segregation laws are bad. They’re so bad they don’t even exist in the world anymore. But, you know, if you’re trying to make a mailer then you put together half-truths— you do what they did”

For Kolby, at the heart of the issue lies the fact that rather than speaking to him directly about their concerns, Tempe Residents Councils chose to attack. Regarding past online disagreements, he said, “My usual post when somebody goes on a rant about me is I say ‘look, it sounds like you’ve got concerns; I’m happy to sit and chat with you about your concerns; why don’t we set up a time to sit and talk over coffee or a beer,’ and I’ve done that with half a dozen or a dozen people.

“I would continue to do that,” he went on, “even the person who wrote these mailers, if they really have concerns about me— about my choices— I want to think about those things. I don’t think I’m always making the right choice, and I think the only way I make better choices is by people saying, ‘look let me sit down and chat with you in an honest and sincere way about maybe some things you haven’t thought about in these ways.'”

As of yet, Tempe Residents Council and its members remain unknown. As a result, they were unable to be reached for comment. Any representative of the group interested in presenting their point of view should contact us.