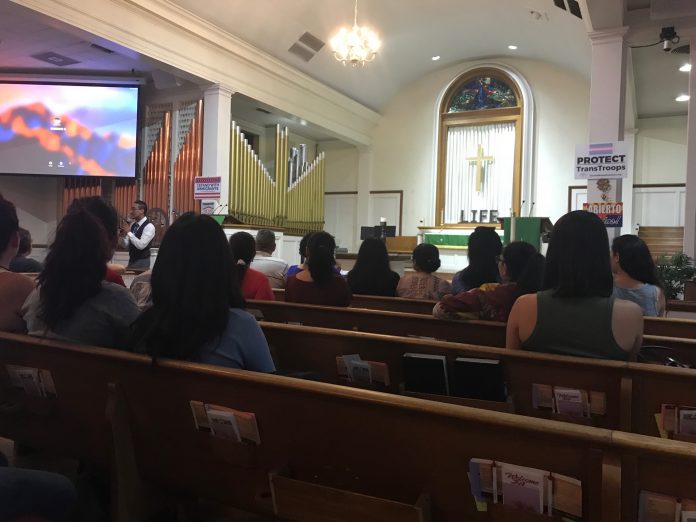 The Arizona Dream Act Coalition met Thursday night for a discussion focused on helping the community understand what the Deferred Action for Childhood Arrivals program was, and what the end of it means.

DACA, established in 2012, provided immigrant youth the opportunity to obtain a higher education, apply for work permits and avoid deportation.

The Trump administration put an end to DACA on Sept. 5, but DACA recipients won’t lose their status until March 5, 2018. This gives those affected nearly six months to come up with a solution to their new situation.

Daniel A. Rodriguez, an attorney bent on protecting those who benefit from DACA, conducted a majority of Thursday night’s meeting. Rodriguez felt it was important that those who are affected by the abolishment of DACA know what needs to be done to ensure their safety and freedom.

With Dream Act being rescinded, Rodriguez stressed that if your DACA expires before March 5, 2018, a renewal application must be submitted, and received by Oct. 5, 2018. He emphasized that those in attendance needed to ensure their friends and family were aware of the deadlines.

The discussion was held at First Church UCC in Phoenix, and the speakers spoke to their audience in both Spanish and English. It was important to the organizers of this event that their audience knew this meeting was a safe place, where people could voice their concerns and find help for their problems.

Those directly affected by the repeal of DACA told Rodriguez they felt angry, sad and scared about the future for both themselves and their children. Those who weren’t directly affected still felt the impact, saying it made them feel disappointed, frustrated and embarrassed.

Karina Ruiz of the Arizona Dream Act Coalition said when she found out about the repeal of DACA, she went into her room and cried.

“I felt hopeless, I felt angry, I felt sad,” Ruiz said. “And, on top of that I had to think about my three children. If I’m in danger of deportation, I would have to leave them behind. Because quite honestly, I’m not going to take my three kids to a country they don’t know.”

Adonías Arevalo, a beneficiary of DACA, came to America from Venezuela when he was 13. He opened up the discussion by asking the audience, “How many of you have heard about the Dream Act? What do you know about it?”

As members of the audience described what they believed DACA to be, Rodriguez confirmed what they were saying to be fact or helped clear up that which they didn’t understand.

Both Rodriguez and Ruiz expressed the importance of communities like the one that met Thursday evening. It is beneficial for those affected by DACA to have a safe place to express ideas and receive support in a time when their future isn’t certain.

Fliers were passed out to those in attendance with instructions on how to renew the DACA application. Visit https://www.uscis.gov/humanitarian/consideration-deferred-action-childhood-arrivals-process/renew-your-daca for more information on renewing your DACA.