Home Community Arts & Entertainment A Drag Show for Everyone 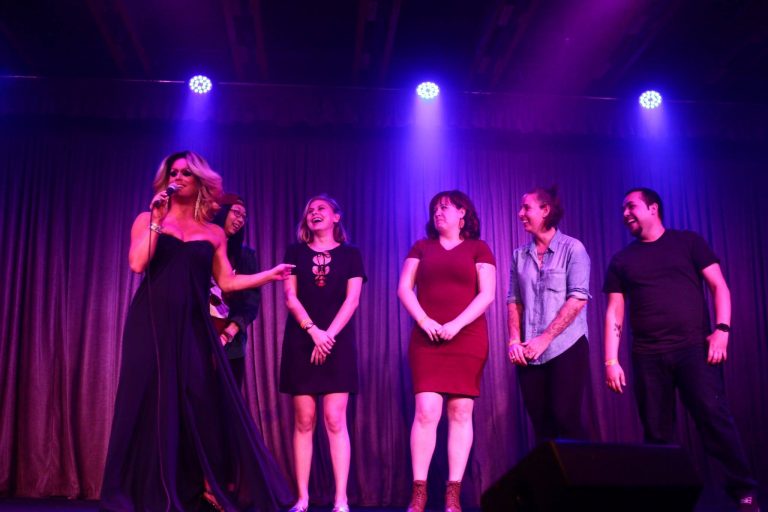 Arizona Drag Stars is a drag show at Crescent Ballroom that is different than most because it allows people who are younger than 21 to attend the show.

The show was started by drag king, Dee Jae Galaxy, who is a marketing major at Arizona State University.

This was a great opportunity for Crescent Ballroom but also for young people who want to experience a drag show but can’t because most of them are held in bars.

“It’s very isolating for people who are under 21, that’s something I felt, definitely, and I didn’t really get to experience drag until I turned 21,” Galaxy said.

Arizona Drag Stars has been a success since the beginning and because of this they are in the process of moving to a bigger venue, The Van Buren.

“For our first show, we were like two tickets short of selling out a 400-person venue,” Galaxy said.

Galaxy didn’t think starting this show for fun would lead to where they are now.

“I got into drag with the intention of making myself a better performer as a singer, I had no clue it would take me down this amazing journey where I’ve built a career and a name,” Galaxy said.

Arizona Drag Stars is successful because of their performers and the effort they put into the show to make it an experience for the audience.

“My favorite part about performing is the free chips in the dressing room. Or at least I haven’t been paying for them. That, and the crowd,” Luna Love St. James said. “The energy on those nights is infectious. You can’t leave without a grin on your face.”

More people have been learning about drag because of the popular show, Ru Paul’s Drag Race, so it’s important that these shows are put on.

“Drag has been around forever and lately it has been gaining momentum in mainstream culture and will continue to do so,” St. James said.

Everyone should experience a drag show at least one time and Arizona Drag Stars is the one you should see.

“It’s truly unlike any show in downtown Phoenix, it has everything: comedy, the stage, the interaction, food, drink,” Nevaeh McKenzie said.

Arizona Drag Star’s next show is on Dec. 28 at Crescent Ballroom and its holiday themed with an appearance from Valentina, who was on Ru Paul’s Drag Race.

“Arizona Drag Stars is the perfect conglomerate of gay and straight nightlife. Rarely do these two cultures merge and I truly feel like this show creates a space where those energies can combine and create an amazing evening for all to enjoy,” St. James said.