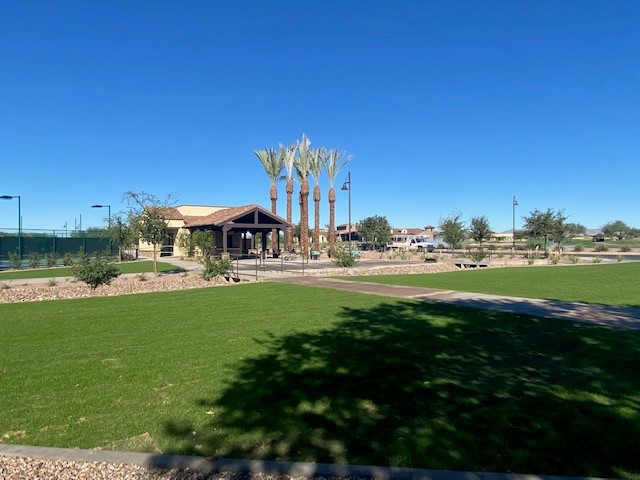 In 1942, Ed Robson was a 12-year-old boy growing up in Arlington, Massachusetts. Like most kids, he spent his days rooting for Ted Williams, riding a Schwinn, and drinking 5-cent cokes. As a fan of hot dogs, young Ed would sneak under the subway turnstiles, saving his dime, to buy a Howard Johnson’s-style hot dog in Harvard Square after working up an appetite practicing in the choir at Emanuel Episcopal Church on Newberry Street in downtown Boston. The delicious franks from Ed’s childhood inspired him to provide the same delicious memories to residents.

“We are thrilled to have this new amenity available to the Tucson community,” said George Atwell, Director of Food and Beverage for Robson Communities.  “This fast-casual dining space will be great for residents after a fun game of tennis or golf and is also a great reflection for many people’s childhoods.”

Ed’s Dogs features delicious hot dogs with special names. Many of the hot dogs on the menu are named after one of Mr. Robson’s treasured canines he has had through the years.

This new casual dining option serves a variety of gourmet hot dogs like the “Mickey,” with a special blend of pork with roasted green chilies, pepper jack cheese, special sauce and a toasted classic bun, in addition to mouthwatering hamburgers such as the “Duke,” with two quarter pound patties with your choice of cheese and all the fixings. Ed’s Dogs has a variety of beverages including popular brews from the Ranch House Brewery.

Ed’s Dogs is conveniently located with incredible views across the lake and golf course. It is part of an amenity expansion that is currently underway. Once completed, this expansion will include two additional tennis courts bringing the community total to six, four bocce ball courts and a new ramada near the west end of the bocce ball courts that includes storage for bocce and tennis equipment and supplies.