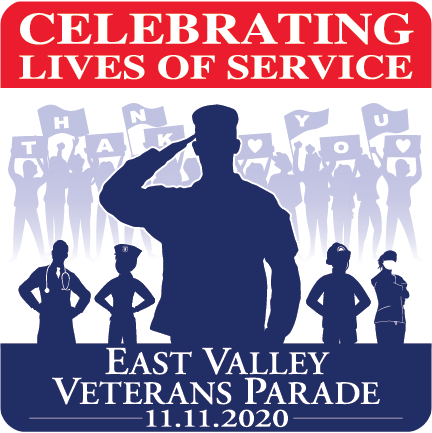 Reflecting this year’s East Valley Veterans Parade theme of “Celebrating Lives of Service,” Dr. M. Zuhdi Jasser has been named as the Grand Marshal of the November 11 parade. This year’s parade format will be “in reverse” with spectators forming the parade driving past 25 to 30 of the annual parades most popular entries. The Parade Association selected Dr. Jasser as Grand Marshal as a model of a life spent in service to his country and his fellow man. 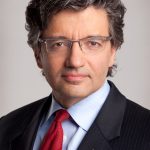 Dr. Jasser, now in private practice in Phoenix, served as a medical officer in the Navy for 11 years, leaving the service as a Lt. Commander in 1999. While in the Navy, he received the Meritorious Service Medal and Navy Achievement Medal. He then served as Chief of Residents at Bethesda Naval Hospital and was selected to be Staff Internist at the U.S. Congress and the U.S. Supreme Court. He was the only physician on duty, along with four corpsmen, during the 1998 attack on the U.S. Capitol.  Dr. Jasser and his corpsmen provided immediate on-scene emergency response during the attack.

Dr. Jasser has specialized in internal medicine (primary care) and nuclear cardiology in private practice since 1999 after finishing his Navy service. He is a bioethicist and has provided bioethics education and consultation for Banner Health since 2003. He served on the Maricopa County Board of Health (2004-2012) and the Board of Directors of the Area Agency on Aging (2007-2012). He is a former President of the Arizona Medical Association, serving from 2006-2007, and is currently one of four Delegates for the Arizona Medical Association to the American Medical Association and Chairs the Private Practice Physicians’ Congress at the AMA House of Delegates.

He has written several books, along with many articles for national publication, hosts his own radio show and has testified in front of Congress. Dr. Jasser has become known nationally, and internationally, as an activist for Muslim reform though his work as founder, and President of the American Islamic Forum for Democracy (in 2003) a counter-ideology, counter-terrorism national security organization based here in Phoenix, Arizona. He also ultimately co-founded in 2015 the Muslim Reform Movement, a coalition of pro-liberty Muslim reform-minded organizations based in the United States, Canada and Europe that rejects interpretations of Islam that call for any violence, social injustice or politicization of the faith.

The parade will start at University and Center Streets and head south to 1st St.  Details on the parade route and participating entries are on the East Valley Veterans Parade website at www.evvp.org and its Facebook page at www.facebook.com/EastValleyVeteransParade. East Valley residents can also watch for details in the Mesa Tribune.

When the annual Mesa Veterans Parade fell victim to necessary budget cuts in 2006, local residents Gerry Walker and Frank “Gunny” Alger spoke out on behalf of the 40-year-old Mesa tradition, with Gerry stating, “There will be a Veterans Day parade if it is only me marching down the street with Frank watching.”

The Marine Corps League (Saguaro Chapter) in Mesa took the lead and the Mesa Veterans Parade Association was formed. In 2013, the all-volunteer organization changed its name to the East Valley Veterans Parade Association to reflect the participation of parade entrants and sponsors from most East Valley communities. Donations to this 501c3 nonprofit organization are tax-deductible.