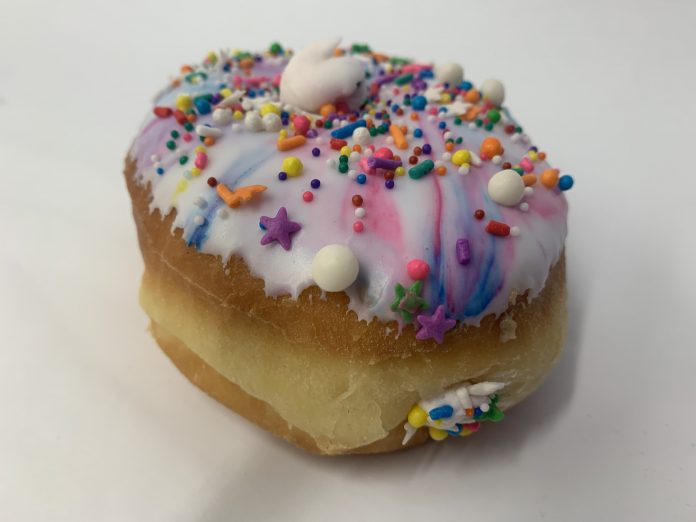 The votes are tallied, and six youth and five adults are on the sweet track as finalists in this year’s Donut Flavor Craze Contest. Eleven residents – from Clifton, Glendale, Litchfield Park, Phoenix, San Tan Valley, Scottsdale, and Surprise – received the coveted finalist title from Bashas’ Supermarkets.

The fifth-annual contest invited Arizonans to share donut creations that represent their favorite sweet treat or guilty pleasure. The donut flavor finalists did not disappoint, with ideas themed around everything from root beer floats, creamsicles, and banana splits to brownies, gumballs, and potato chips.

Judges carefully weighed creativity, flavor combination, and individuality to choose the finalists based on a 100-word description of their best donut idea, including the proposed name, key ingredients, and why the donut is a sweet treat or guilty pleasure. Entries spanned two categories: youth ages 8-17 and adults 18 and older.

The following youth were named finalists for their flavor submissions:

The following adults were named finalists for their flavor submissions:

Two winning donut flavors (one youth, one adult) will be selected by a panel of judges this week, just in time for National Donut Day next Friday, June 5. The winning donuts will be featured in Bashas’ bakery cases across the state during the month of June, joining the grocer’s other made-from-scratch treats, including donuts, fritters, croissants, Danishes, brownies, frosted cookies, cakes, cupcakes, and more.

In addition to having their winning donuts featured in Bashas’ bakery departments across the state, the two winners (one youth and one adult) will be named Bashas’ Official Bashas’ Donut Ambassadors for 2020, and receive $500 worth of prizes, including a Bashas’ gift card, family fun activities and baking/cooking gadgets, along with one dozen donuts every month for a year.

Bashas’ Family of Stores – the family-owned grocer that operates Food City, AJ’s Fine Foods, Eddie’s Country Store, and both Bashas’ and Bashas’ Diné supermarkets – is an Arizona-based company founded by brothers Ike and Eddie Basha, Sr. With more than 100 grocery stores, it is one of the largest employers in the state and one of the Best Places to Work in Arizona. Since the company’s inception in 1932, Bashas’ has given back more than $100 million to the communities it serves. For more information, visit www.bashas.com.