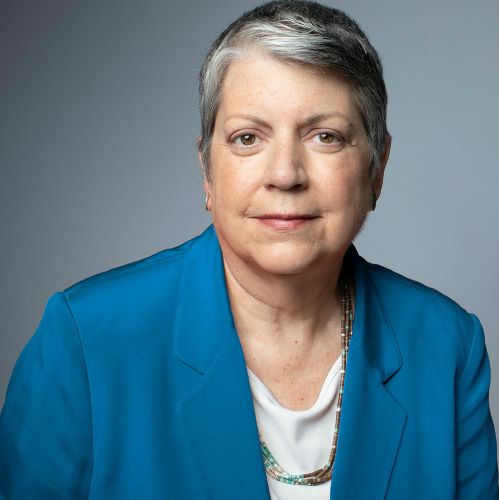 Individual tickets are $175 and sponsorships are available by visiting www.experiencemattersaz.org or by contacting Lauren Hassenmiller at [email protected]. The event begins with registration at 11 a.m.

The Experience Matters Change Maker Award honors an individual who has made a major impact on our community and the state of Arizona.

“Janet Napolitano has built of legacy of change, leadership and impact, not just in Arizona, but across the nation,” said Experience Matters Executive Director Wendy Cohen.  “As governor, among her most important priorities was education. Her efforts helped children succeed in school, mirroring the significant impact Experience Matters’ literacy tutoring program has had on hundreds of children in the greater metropolitan area.”

Napolitano served as Arizona’s 21stgovernor from 2003 to 2009 before being named United States Secretary of Homeland Security under President Barack Obama from 2009 through 2013.  She was named president of the University of California system in September 2013.  She will step down from that role in August.

Before her election as governor, Napolitano was Attorney General of Arizona from 1999 to 2003.  She was the first woman to serve in that office as well as Secretary of Homeland Security and University of California president.

Born Nov. 29, 1957 in New York City, she graduated Phi Beta Kappa from Santa Clara University and earned her Juris Doctor degree from the University of Virginia School of Law.  While a partner at Phoenix law firm Lewis and Roca LLP, she served as an attorney for Anita Hill during her testimony before Congress.

In 1993, President Bill Clinton appointed Napolitano United States Attorney for the District of Arizona during which time she was involved in the investigation of Oklahoma City bomber Michael Fortier of Kingman.

In 2013, Forbes magazine ranked her as the world’s eighth most-powerful woman.