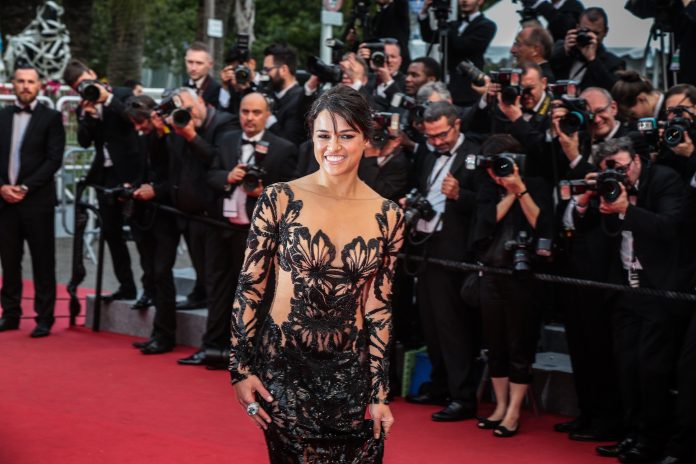 The Chandler International Film Festival (CIFF) has announced that actress Michelle Rodriguez will appear at the fourth annual festival for a 20th anniversary screening of Karyn Kusama’s quintessential women’s boxing film, “Girlfight.” Rodriguez will walk the red carpet at 3:15 p.m. on Saturday, Jan. 18 leading up to the screening of the film. Following the 4:20 p.m. screening at Harkins Chandler Fashion Center, Rodriguez will participate in a Q&A with fans and festival attendees.

“When I met Karyn Kusama at a Sundance Institute event earlier this year and she mentioned “Girlfight” was turning 20 in 2020, I immediately wanted to show an anniversary screening for CIFF,” said Judd Taylor, CIFF director of programming. “After premiering at the Sundance Film Festival, I remember seeing “Girlfight” in theaters and immediately knew a star was born with Michelle’s performance.”

After landing her first-ever film role as Diana Guzman in the sports drama “Girlfight,” Rodriguez quickly landed the role as Letty Ortiz in “The Fast and the Furious,” a franchise where she starred in six films, including the upcoming “Fast & Furious 9,” set to be released in 2020. Rodriguez went on to work with acclaimed directors James Cameron, Robert Rodriguez, Walter Hill and Steve McQueen, starring in a long list of films including “Widows,” “Machete,” “Avatar,” “S.W.A.T.,” “Blue Crush,” and “Resident Evil.”

“Working on “Girlfight” with Karyn and playing this dynamic character in the world of women’s boxing was such an amazing experience,” said Rodriguez. “I’m excited to celebrate the 20th anniversary of the film with Chandler Film Festival.”

“Girlfight” was Kusama’s first film in her eclectic career that includes directing Nicole Kidman in her Golden Globe nominated performance in “Destroyer,” “The Invitation,” “Jennifer’s Body” and “Æon Flux.” When “Girlfight” premiered at Sundance, it won the Grand Jury Prize and Directing Award and later won the Award of the Youth at the Cannes Film Festival. Rodriguez also accumulated numerous awards and nominations, including major acting accolades from the National Board of Review, Deauville Film Festival, Independent Spirit Awards and Gotham Awards.

Featuring over 120 films from more than 35 countries and six continents, CIFF will take place Jan. 17 to 20 at the Harkins Chandler Fashion Center, located off Chandler Blvd and the Loop 101. Along with a diverse mix of international films, the weekend will include a variety of programming and events including a red carpet, opening ceremony, award ceremony, filmmaker workshops, Q&As, panel discussions, daily after parties, and celebrity guest appearances.

CIFF will also be partnering with two nonprofits this year, Cece’s Hope Center and Boys & Girls Clubs of the East Valley. Each organization will receive 100% of the profits from a select festival film. For more information about CIFF and to purchase tickets, visit www.chandlerfilmfestival.com or visit the Facebook page at @ChandlerFilmFest.