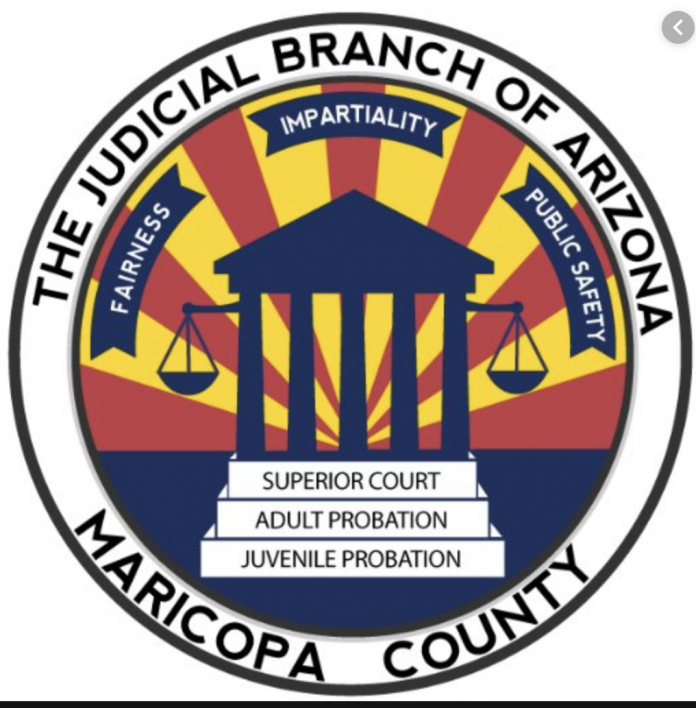 On October 23, 2019, after months of battling through the courts system, 19-year-old Valentina Gloria was released by Maricopa County Commissioner AnnieLaurie Van Wie during an arraignment hearing in Downtown Phoenix.

Mentally disabled Gloria was ordered to be released and transported to Community Psychiatric Emergency Center (CPEC) for evaluation following multiple weeks spent in custody due to her two charges prior in the year.

Gloria had been seen as a concern to the community and herself following a pattern of behavior from a young age which had stemmed from a series of mental health disorders.

Diagnosed with autism spectrum disorder, bipolar disorder, paranoia, depression, schizoaffective disorder and post-traumatic stress disorder, the young Gloria had a history of charges against her due to actions which occurred during her mental health episodes, as expressed by her mother, Vangelina Gloria.

According to court documents, “Valentina Gloria, on or about July 26, 2019, knowingly did touch Sydney Ebel [and Teresa Alarcon] with the intent to injure, insult or provoke her, while Valentina Gloria was or otherwise subject to the custody of the Lower Buckeye Jail.”

Ebel and Alarcon were among the number of those allegedly assaulted by Gloria in a series of charges stemming all the way back to 2018, as noted in an article by the Phoenix New Times.

At the arraignment hearing, judge Wie compassionately took into account these charges and Gloria’s conditions, releasing her to a treatment center in hopes of Gloria taking this opportunity to improve.

During the hearing, judge Wie showed empathy towards Gloria consoling, “We talked about how I take medications too. There’s millions of us out there that do and it is perfectly fine. And when you feel good, that means it’s working. Keep taking it.”

Gloria, listening to judge Wie’s guidance, nodded her head with an understanding, “Okay,” as she stood handcuffed at the stand, her hair slightly disheveled.

Despite her previous offenses and history of behavior, the young woman seemed quite calm and understanding during the hearing, smiling as she went to sign papers following her release.

And judge Wie wasn’t the only one showing empathy to Gloria, as plaintiff attorney and representative for the state of Arizona, Rebecca Hartrick, expressed that the state simply wanted to make sure that both Gloria and the community were safe.

Among those attending the hearing were a multitude of community and family members, including Valentina’s mother, Vangelina.

Judge Wie recognized the crowded stands describing them as a, “village of support,” on Valentina’s behalf.

Following the hearing and order of release of Valentina to a treatment center, Vangelina’s eyes welled with tears as she and her village took one step out of the courtroom and into a hopeful future.

“We’ve gone through courts in the last few months and we’ve just been going in a circle and today I feel successful,” beamed an emotional Vangelina. “There’s no words right now.”

Although the hearing was a triumph for Valentina, a close family member couldn’t help but remark on the lack of understanding in the justice system involving mental health.

“My immediate thoughts were, ‘What can I do to help?” explained Josette Ulibarri, a friend of the family since Valentina was a child. “The justice system is completely ignoring the real issue, mental health.”

According to an article published in the American Psychological Association, “Mental illness among today’s inmates is also pervasive, with 64 percent of jail inmates, 54 percent of state prisoners and 45 percent of federal prisoners reporting mental health concerns.”

Not only has mental health been an issue in the jail and prison system nationally, but in the state of Arizona alone, “More than 50 percent of people in Arizona prisons had mental health needs and nearly 30 percent demonstrated a moderate to high mental health need,” according to an article published in KTAR News.

Gloria was only one among the thousands of those who had suffered through the system with mental health needs.

Her release into a treatment center gives her the second chance many may not receive, to get the care, medication and counseling she needs to live safely in society.

Despite this opportunity, the court made it clear that any infraction of those ordered for Gloria while in the care of CPEC will result in the ordering of a bond and/or issuing of a warrant for arrest.

Infractions during Gloria’s time in treatment could ultimately lead to modifications of the conditions or the revoking of her release.