The Arizona Department of Education initiated its School Safety Task Force on September 12, as an effort to focus on the betterment of mental health resources for K-12 schools in Arizona.

The department highlighted five key objectives that the task force will be focusing on and created five sub-committees to reflect them. They hope to close the gap between districts that have provided sufficient mental health resources for their students to those who have not. The objectives are: identify a research-based approach to school safety, focus on creating a model school safety plan, develop a comprehensive list of school safety resources for schools to use, research the value and impact of an anonymous school safety tip line, and outline a list of potential proposals for the legislature to consider to address school safety.

The task force was created with help from March for Our Lives Arizona and Rep. Daniel Hernandez, Jr., D-Tucson, after the bill they proposed, HB 2597, failed at the last legislative session. The bill would have mandated schools to create a school safety plan on their own, which would have required the Arizona Department of Education to create a task force similar to what is now in place so that the schools could carry it out.

Richie Taylor, communications director for the department, says that the issue of school safety is a top priority to them, which is why they took it on regardless of the outcome of it at the legislative level.

“Rep. Hernandez and March for Our Lives reached out to us and to Superintendent Hoffman’s office and asked if we would be interested in picking up the pieces of the bill and implementing them on our own,” Taylor said. “We immediately said yes because we saw the value of the work they were trying to do.”

The department considers a number of different things that fall under the umbrella of school safety, including self-inflicting harm, harm to one another on campus, and the overall mental health of all students.

“This is very important to us. School safety and the mental health of our students is a top priority,” Taylor said. “That is why we picked up this task force and implemented it without the legislature directing us to.”

The members of the task force, which include March for Our Lives AZ and various other individuals, were selected by the department. Taylor says that people approached them once they heard about what they were doing, and they also received recommendations from other groups around the Valley that also focus on school safety. Ultimately, all of the people that were invited to the task force at the end of summer accepted the offer.

“We met and came up with a list of who we thought would be a broad representative list of people who should serve on the task force,” Taylor said. “We have people from the school community, people from the health community, parent activist groups, people from universities who do research in this area, law enforcement, an SRO, and even an LGBTQ group. We wanted to make sure there was all the right people at the table to tackle the work that we are doing.”

Genesis Rivas, special projects director for March for Our Lives Arizona and Westview High School senior, says that although she was not directly a part of the planning for the task force, she knows that the political team of the organization was kept on the loop of it throughout the months of putting it together.

“Our political team went out and just created this task force with Daniel Hernandez,” Rivas said. “He was the main one that helped us get through all of that, after our bill didn’t pass. They went out, had conversations, and made sure that the task force was created this time.”

Rivas has been a part of the organization since October 2018 and is a part of the West Valley chapter for March for Our Lives AZ. Though it is a state-wide organization, each region tries to come up with ways with which they can create change among their communities.

“We did pass some stuff at the district level and we did create those connections,” Rivas said. “We were [replicating] what we were trying to do state-wide when we were working on the bill. By being a part of March for Our Lives, we are actually creating change.”

Though Rivas has seen progress in her school districts, there are others across the Valley that do not have any sort of mental health programs implemented into their system.

Maria Verduzco, a resident of Phoenix, says that she feels lucky that her daughter’s school, Camelback High School, has sufficient mental health resources available to her and her peers; however, she has noticed that many other schools in her district are not on the same boat.

Verduzco believes that the lack of resources comes down to the schools simply not knowing how to go about creating these plans. After explaining to her how one of the task force’s objectives is to create a universal, comprehensive school safety plan, she said that it will definitely be beneficial for them to have a layout.

“I know that some schools do not have any [mental health] resources, but they

should be making it a top priority,” Verduzco said. “There are many kids who have dysfunctional homes or just don’t have someone to talk to. The schools should be providing them that help for their mental health.”

The School Safety Task Force is hoping to finalize their research by the end of the 2019-2020 school year, instead of their initial September 2019 goal. They will be meeting every month as a whole, and the five sub-committees that were created based on the five objectives will meet on their own time and then update the task force at the monthly meetings.

“We are hoping that we can have this work done possibly before the next legislative session so that we can address them and not have to wait another year for the legislature to reconvene,” Taylor said. “Once we do the research and once we have fulfilled the tasks that we’ve charged the task force with, we can propose individual solutions that we feel the legislature should take a look at to address school safety in Arizona.” 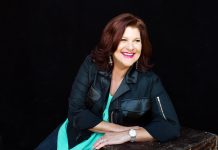 Share Your Story Workshop on January 25 in Glendale, AZ 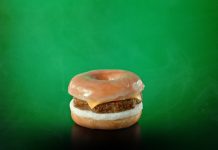 A Snoop Dogg Remix at Dunkin’