White Castle has named Orlondo Lopez as Operating Partner of its first restaurant in Arizona. It is currently under construction and set to open this fall at 9310 East Via de Ventura in the Talking Stick Entertainment District, part of the Salt River Pima-Maricopa Indian Community. Lopez joined the White Castle team in 2000 and looks forward to developing team members, building rapport with customers and area communities, and introducing Arizonans to what they’ve been craving for nearly a century – the full range of White Castle’s hot and tasty food, including The Original Slider.

“Orlondo truly believes in treating his people well so that they feel engaged and valued, and ultimately that translates to them reciprocating that energy to him, each other and our customers,” said Mike Guinan, White Castle vice president operations services. “This is the epitome of what our Founder Billy Ingram believed when he started White Castle in 1921. Orlondo’s mindset, and the business plan he put together when we discussed this opportunity, really demonstrated to me that he’s ready to introduce White Castle to a new geographical region of Cravers.”

Lopez began his career with White Castle in the Team Member position and rose steadily in the organization. He was named District Supervisor in the Cincinnati region in 2017, with oversight for 10 restaurants employing approximately 200 team members. Lopez is fluent in Spanish. “I look forward to learning about the diversity and culture in the Scottsdale area after I move cross-country,” Lopez notes. “This is a turning point in my life.”

Lopez’s first task will be to assemble an 80- to 90-member team. Hiring for team members and managers will begin in mid-August.

White Castle, America’s first fast-food hamburger chain based in Columbus, Ohio, has been making Bold Moves™ as a family-owned business for more than 98 years. The company was founded in Wichita, Kansas, in 1921, serving The Original Slider®, made from 100 percent USDA inspected beef. Today White Castle owns and operates nearly 400 restaurants in 13 states, with the next expansion planned for Scottsdale, Ariz., in 2019. The pioneering original slider, Time Magazine’s most influential burger of all time, is served alongside a menu of creatively crafted sliders and other tasty food options. White Castle’s commitment to maintaining the highest quality products extends to the company owning and operating its own meat processing plants and bakeries as well as three frozen food processing plants. The retail division markets White Castle’s famous fare in grocery, club stores, convenience stores, vending operations and concessions across the United States and in a growing number of international locations, including military base exchanges around the world. 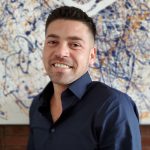