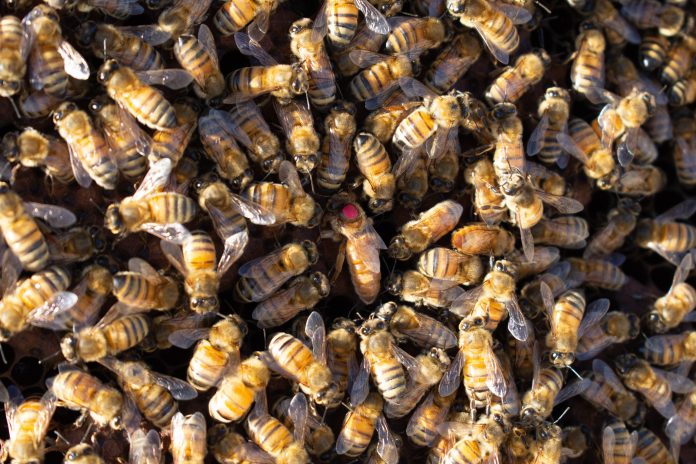 PHOENIX, Ariz. – Honey bees are important, they help pollinate most fruits, vegetables and other produce, making them an integral and nearly irreplaceable part of agriculture. However, not only are they important to agriculture, but business as well.

“A lot of people don’t realize how important bees are,” said Annalee Dziuk, head of business development for Absolutely Delightful, a local Arizona honey seller. “I had somebody come up to me and tell me that honey is the only thing bees are good for. That’s not the case at all. If it weren’t for bees and other pollinators, pollinating plants would all have to be hand-pollinated. So things like farms would have to pay people to come out and hand-pollinate plants, which would make the price of the produce go up by so much. Even if you don’t eat honey or don’t like bees, a lot of people don’t realize how important they are to everything.”

Mark Fratu, a beekeeper in Scottsdale and owner of Arizona Honey Market, says the same thing about the importance of honeybees for agriculture.

“If you go and research, basically without the bees, the human existence, according to the studies, would only last about 7 years,” Fratu said. “90 percent of all the fruit and vegetables are not going to be produced anymore. In some countries, because of pollution, doesn’t have a bee population anymore, especially in China, they do pollination by hand.”

Honey bees are also invaluable on the business side of things, providing life to local businesses such as Absolutely Delightful and Arizona Honey Market, but on the national level as well.

Chelsea Cook, a postdoctoral researcher at ASU’s Honey Bee Research Lab on the Polytechnic campus, believes honeybees are worth billions of dollars.

“Honeybees add billions of dollars to our agriculture system,” Cook said. “The labor that honey bees do in our agricultural system is just worth billions of dollars. A lot of the crops that honeybees pollinate, like almonds, honeybees are almost the exclusive pollinators of almonds. Almonds are a huge export crop for the United States, we make a lot of money on exporting almonds. The demand in the U.S. is also increasing with almond butter, almond milk, these alternatives to dairy and nuts. So just looking at the value added to agriculture, honeybees are just incredible. They add a lot of money. There are huge industries, pollinating industries that depend on bees. Honeybees are like the workhorses, they do so much.”

Fratu thinks that most of the money from honeybees don’t come from the honey, but from the pollination, that honey bees do for other produce.

“It’s a big industry and the money is not making honey,” Fratu said. “The money is made in pollination. They bring a hive in pollination, they make between $50 to $200 per hive. That’s where the money is. Honey is about a dollar a pound, basically honey is a byproduct for [large companies].”

While the demand for things like honey, almonds and other things honey bees help make are going up, the population of honey bees worldwide were dropping at an alarming rate the past couple of years.

Although honeybee population may be back on the rise, a lot still needs to learn about the health of honey bees and the reason why the population dropped significantly.

Most beekeepers were dealing with colony collapse disorder, where the worker bees would just leave their colony all of a sudden, leaving behind the queen bee.

“Most alarmingly, most beekeepers are dealing with colony collapse disorder,” Cook said. “It’s where colony essentially disappear. Healthy colonies are there one day, a couple of days later, they just abandon their colony. No dead bees, the colony just seems to be gone.”

While colony collapse disorder was part of the problem, Cook thinks a lot of various things such as diseases, the way bees are being kept and issues with nutrition factored in as well.

“There are a lot of hypotheses out there,” Cook said. “Bees are dealing with diseases. New diseases, new viruses. Issues with nutrition. They’re only eating one type of food for like a month. There’s diseases, nutrition, pesticides, fungicides. I don’t think there’ll be any one hypothesis that’ll emerge, I think it is a synergistic effect of all things that are creating issues with honey bees in particular.”

Climate change could also be a big factor in the declining honey bee population, contributing to environmental stresses that increase infections, habitat loss and changing temperatures the timing of flowers blooming in the spring and negatively affecting a bee’s health, according to Human Nature.

Even though the population of honey bees was dropping for many beekeepers, Fratu claims he doesn’t have a problem with his bees because lets them be natural and lets them do their own thing for the most part.

“The colony collapse disorder has been a big problem, been plaguing the states for the last few years. Bees are having a lot of problems. I have no problem with my bees. I don’t feed them, I don’t medicate them. There is no bee dying because of that. I’m so isolated from all the other bees because I am local rather than in an area with thousands of bees.”

Despite beekeepers and researchers working hard to find ways to help bees, Dziuk thinks anyone can help bees out in many different ways.

“Keeping water out for the bees to drink, especially because in Arizona it is very dry,” Dziuk said,” If they don’t have somewhere to drink from, it affects their health. A birdbath or something like that. Putting out a bird bath for them. You can go and find a list of really bright flowers that bees like to go to and collect the nectar from it to make the honey. Not using pesticides, because pesticides affect the nervous system of the bees.”

Whatever the honey bees are used for, to make honey or pollinate, honey bees have an undeniable impact on the agriculture business at the local level like in Arizona, or at the national level.

Cook said, “Honey bees are like a gateway drug. A gateway to people caring about the world around them when they can see these bees visiting flowers and understanding their role in pollination and what pollination is. Also consuming honey after a bee has visited a flower and turned the nectar of a flower into honey. When people talk about honeybees dying, everybody knows about it. I think honey bees bring people together and it makes people pay attention to our impact on the planet. As much as honey bees have a monetary value, I think they also have a cultural value, an ethical value that humans can appreciate.” 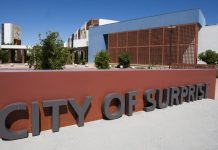 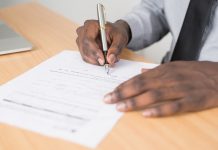 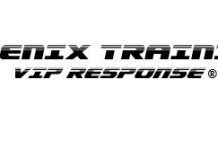