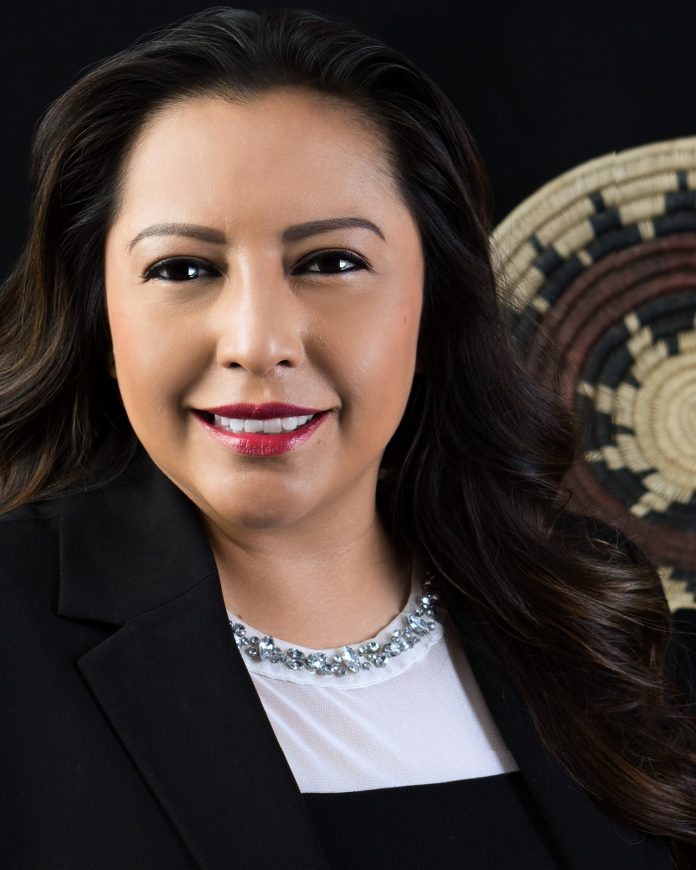 Michele Landavazo is an Indian gaming supernova more than she is a mere rising star.

From her NAU hotel management professors to her colleagues and supervisors at Navajo Gaming, to the Twin Arrows Navajo Casino Resort general manager who hired her as his assistant GM, everyone describes Michele as exploding with brilliant positivity and a bright can-do attitude.

“I always use the 90 percent rule,” said Twin Arrows General Manager Bryce Warren. “If you have good personality, you treat people with respect and dignity, have common sense and street smarts, I can pretty much train you in everything else. Michele had all of that. She created a casino shift manager program at Fire Rock, is so very organized, and has a very good personality.”

With 21 years in the gaming industry and in her 16th year of casino management, Michele’s operations acumen is so broad and diverse, she was selected to fill this position even before completing her six-month general manager training program at Twin Arrows under Warren.

“I think we figured for Michele about six months but some of that is accelerated based on the individual,” Warren said. “Michele had table games experience, slots, her background in school was hotel and restaurant, she’s very experienced in that as well as being a casino shift manager. So she’ll accelerate the program. Now for somebody who may not have that experience, it could be a year.”

“It’s easy to remember her because she did stand out,” Hales said. “She’s thinking, she’s processing, she’s analyzing when you’re talking about something, when she’s learning. That’s how she learned. And you could just tell it was sinking in. She had an absolutely delightful personality, a wonderful smile. She was involved and she didn’t hang back.”

Before retiring from NAU after 23 years, Hales worked as director of finance and a general manager for Marriott Hotels for 25 years.

His NAU doctorate in Educational Leadership examined the barriers and obstacles to Navajo high school students pursuing higher education. Michele charted a course other young Navajos should follow, he said.

“Let’s get more high school Navajos interested in hospitality, he said. “And let’s connect and follow them all the way through NAU’s HRM (hospitality and restaurant management) program and let’s really get a good pipeline. It’s a great career.”

Kenneth Johnson, Twin Arrows marketing director, is one of Michele’s oldest friends. He’s known her for more than 35 years. They grew up in the same hometown of Kayenta, Ariz.

“We met in Little league back in 1980-something,” Johnson said. “As luck has it we both fell into the same enterprise.”

After going through elementary and high school together, they parted ways. He went off to earn his Arizona State University business finance degree in 2004.

He then worked in Chandler, Ariz., for six years. When he saw an opportunity coming at the newly-opening Fire Rock Navajo Casino in Church Rock, N.M., he moved home to Navajoland. It was then in 2008 he contacted Michele.

“I asked her what she was up to and if she had time to come out to the grand opening,” he said. “Right on the spot they introduced her to CEO Bob Winter & the COO at the time. They did an interview with her the following day, and a couple weeks later she was hired on at Fire Rock.”

Right out of high school, Michele knew what she wanted to do with her life, her career and her focus. She graduated from Northern Arizona University in 2002 with a Bachelor of Science degree in Hotel and Restaurant Management intuitively knowing she would someday return to the Navajo Nation in her profession.

Even as a student, she had the foresight to know that the Navajo Nation would eventually open its own casino.

“Back in college 16 years ago, I wrote a paper in senior seminar,” she said. “I definitely saw myself working for Navajo gaming near Flagstaff. I still have that paper to this day.

“In an essay to myself I asked, ‘Where do you see yourself in 10 to 20 years?’ I definitely put working in executive management in Navajo gaming,” she said. “I didn’t know about Twin Arrows, where it was going to be, but I just knew it was going to be one of my dreams and goals to do.”

“I immediately jumped on the opportunity of an internship to work out in Nevada and wanted to explore the gaming aspect of working in a resort,” she said.

Katherine Davis is Twin Arrows’ hotel operations manager. She said she appreciates Michele’s great attitude and her ability to always turn a situation for guests into a positive experience.

“I got to experience a lot of different situations that arise at the front desk,” Davis said. “When we had some top tribal officials come to stay. Michele assured them she could take care of everything they need, and she did.”

In 2005 as the Navajo Nation worked to open its gaming regulatory office, establish the Navajo Nation Gaming Enterprise and build its first casino, Michele began to acquire experience in distant casinos in Nevada, New Mexico and Arizona.

At Casino Arizona, she helped with training development and set her goal to become a fulltime dealer.

When Ken Johnson invited her to attend the Fire Rock grand opening in 2008, she immediately knew that’s where she wanted to work. Soon, she left the Phoenix area casinos because Navajo opened its first casino, Fire Rock, and she was able to fulfill her dream of returning to the Navajo Nation to work and to be closer to her family and community.

“It was just a matter of who to speak to and what positions were available,” she said. “Ken introduced me to Mr. Bob Winter, Ray Etcitty (NNGE legal counsel), and our former executives. They sat down and had a talk and learned about my background, that I was full Navajo, had a degree, and they just said, ‘Come join the team,’ and I definitely took the opportunity to join.”

She began as a casino shift manager, a management position. As Navajo Gaming opened other properties at Northern Edge, Flowing Water and the flagship Twin Arrow Navajo Casino

Resort, Michele helped with each one. But she stayed at Fire Rock for nine years until being asked to come to Twin Arrows to become Bryce Warren’s assistant general manager.

“I worked with Bryce, our general manager now, before when he was at Fire Rock,” she said. “I definitely love my position and working with the entire team all across Navajo gaming. Now we have about 85 percent Navajo employees and we definitely have a strong team, a lot of locals that travel far and wide to work here.”

Michele’s rise in casino management is considered unusually fast given industry trends. In the casino world, most executives

have 20-to-30 years of experience to be considered for executive level management. Her extensive and varied background, determined work ethic, buoyant personality and teamwork mindset made her an easy selection in Navajo Gaming.

“During college I was a bartender, server, I had a lot of hospitality restaurant experience,” Michele said. “So I definitely worked my way in those areas when I was going to college. Coming into the casino world, you have to have the experience. You move yourself up from there, being a supervisor to a manager, director, then you get into the executive level management. There’s definitely that process that happens.”

Navajo Gaming is a wholly-owned business entity of the Navajo Nation. It was created in September 2006. It opened its first casino, Fire Rock Navajo Casino, in Church Rock Chapter near Gallup, N.M., on Nov. 19, 2008. 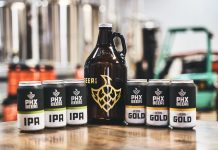 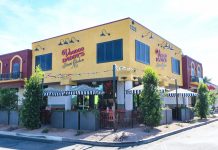 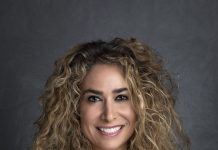