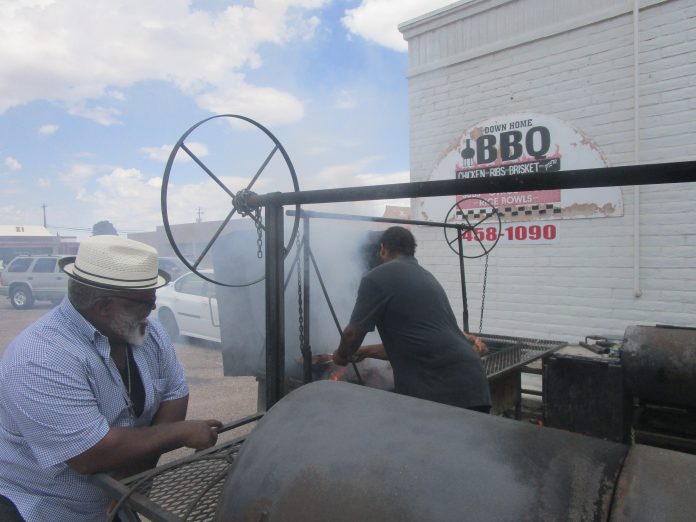 Soul kitchens are something of a rarity in Arizona, and they are often lumped in with comfort food, BBQ, and fried chicken establishments. Soul food varies slightly in menu, but much in preparation from one region to another, reflecting variety in family traditions and local food options. Soul and Southern cuisines maintain their distinctions largely through defining the purpose of eating.  The cultures that shaped Soul food spent their waking hours in hard physical labor, and they were allotted very poor nourishment. Many were slowly starved as they aged and neared the end of being capable of useful labor. They just wanted relief from incessant hunger. Meals were designed to be consumed quickly and hopefully, gave the sensation of feeling full. This food philosophy does not fare well in an era and  culture which focuses on health and ecology. Today, the majority of a much more sedentary society simply do not require the same amount of calories in a meal. But for some, Soul food still signals nourishing comfort and satisfaction. 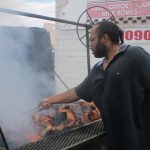 By regional default, the Sonoran can count all the Soul kitchens before reaching 10. Of the few, there is one remarkable kitchen lying close to the international border on 149 S Carmichael in Sierra Vista. In tight competition with the history and ambience of the establishment, it is still the food draws visitors, no doubt about it! The menu offers the classics of Soul cuisine, prepared according to longstanding family traditions which were shaped in the Carolinas and tweaked along the Western track to Kansas. And this is nothing unusual, but restaurateur John Turner has poured his heart, mind, and soul into the meals that issue forth from his kitchen by revamping how his traditions are prepared. He has invented and is patenting his unique smoker to cut cooking time down exponentially, while retaining the smoky richness of the traditionally time consuming affair. In fact, John has streamlined his entire kitchen’s prep process to be able to serve several large groups within 7-8 minutes. This rapidity was honed during culinary training and years of winning various food awards. His journey has been fascinating.

John Turner served in the US Marine Corps for 7 years in very rare capacity as an illustrator. His work, “Five Black Medal of Honor Winners” has been displayed in United States Marine Corps headquarters in Washington D.C. He then crossed over to the Army and was injured badly during  near  fatal parachute training. Drawing on the tenacity so characteristic of the family, he determined that service to the country still topped his career choices, and John spent the next several years developing the Soldiers who would stand in the country’s defense – he became a drill sergeant. The schedule and activities reached the typical rigorous intensity that zaps biorhythms and wears down the body. John eventually switched to food service and began to combine family tradition with professional cultivation. 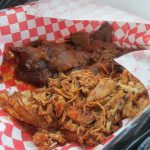 In addition to obtaining a baccaleureate in Education Management and a Master’s in Organizational Management, John also has a culinary degree from Cochise Community College. Among other awards, he has achieved the Phillip A Connelly Award for excellence in food service 3 times. Consistently exceeding industry standards has fueled the success of his restaurant.

In 1998, John opened a sub shop, with the desire to branch into a sit down soul kitchen and BBQ. He finally installed the smoker in 2010, and among other family secrets, he uses a unique hot smoking method (in smokers he designed and built) that reduces the amount of smoke exposure (and consequently the dryness) without reducing the flavors. Other traditional soul food dishes have certainly improved from his attention to nutrition. The restaurant does not use peanut oil. 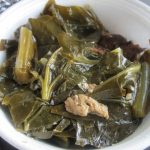 The collard greens and beans  are simmered with the traditional meats trimmed from excessive fat and grease. The greens are not overcooked to wilted mush. Family tradition also adds a surprising healthy twist to the menu: Asian options for teriyaki and curry bowls inspired by John’s wife. 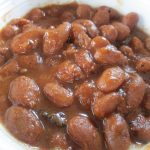 Thuy’s Vietnamese heritage has also aided John in creating some new family blends for sauces and seasonings, and they continue to work on developing new recipes. They have a growing appreciation to feed, with everyone from families who are out for a special occasion; to individuals who don’t cook; to business events; to parties and celebrations; to the hungry and the homeless.  In addition to being a restauranteur, a painter, a  clay wood sculptor, a welder, a guitar player, a singer and composer, Buffalo Soldier and Gullah historian, and other achievements, John is also a minister.

John Turner was licensed in 2000 and became involved with prison ministries at the Mojave Unit at the correctional facility in Douglas, Arizona. He followed a new calling in 2015 and founded the Community Baptist Church and Outreach Center. 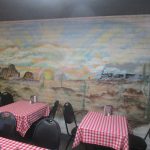 Until recently, the outreach center hosted a daycare and after school program. The church is moving to 1763 Paseo San Luis and will reopen the daycare center, along with a group home for youths aged 12 to 18. The group home is designed to provided an opportunity for individuals to receive training in life and job skills. John has created a mentorship and support system for individuals after they leave the program.  Every Tuesday evening at 6:00 pm, John Turner can be found with other ministers serving food and encouragement to the homeless at the park on Shiela Lane. His church also feeds the hungry after church service every Sunday except the 1st one of each month.

The traditions of Soul food and Soul kitchens have preserved a rich piece of history and culture for people whose ancestors built and sustained a nation through hard labor in lethal conditions. Food, eating, and meals came in the forms of watching other people consume them. The historical and cultural significance of a family gathering for a meal at a Soul kitchen is magnified at Down Home BBQ. 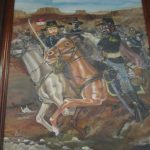 Author Adrian Miller expertly addresses in his article, “9 Things You Need to Know About Soul Food” the fading culture and tradition of soul kitchens. Aside from the fact that our modern pop culture simply does not identify with the lifestyle which demanded ingesting calories for sheer survival, Soul food and Soul kitchens also face the cultural connotation that the food should be cheap and served in excessive portions.  Fortunately, Down Home BBQ enjoys success with repeat and new customers enough to give generous helpings of fabulous tasting food for good prices.  John Turner and family invite you to experience a rich family heritage of food and art, excellence and tenacity – an experience to stimulate your soul. 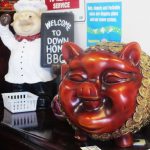 How to Start Your First Online Business