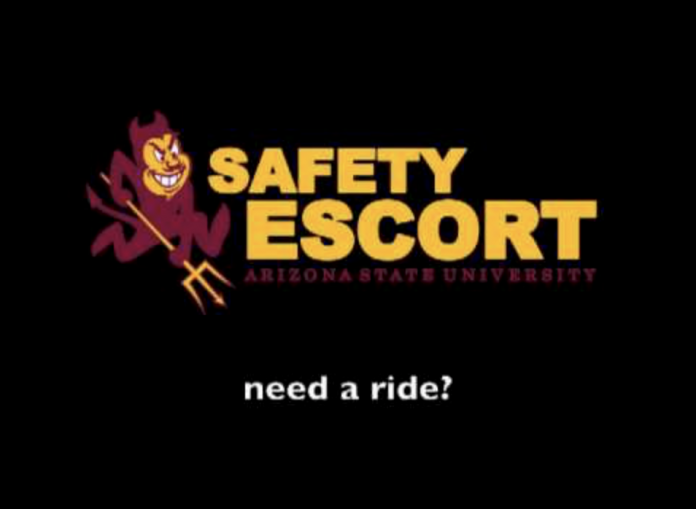 When 20-year-old Ali Ahmed walked onto Arizona State University (ASU) Tempe campus as a freshman, he did not know the role he would serve to campus safety over the next few years.

Originally from Gilbert, Arizona Ahmed made the choice at 17 to come to ASU to study Civil Engineering. As many other freshmen, Ahmed sought out an on-campus job to make a little extra spending money. In high school he was involved in student council. When Ahmed arrived at his orientation he walked up to a table that was promoting Undergraduate Student Government (USG) which he describes to be like student council just on a broader scale.

Ahmed found his niche in a job at Safety Escort. “I was looking for a part-time job because my parents are going to be relatively lax with how I spend my money. This caught my eye, and I was 17 at the time, so I was like can you guys still hire me even though I’m not 18 yet. And one thing led to another and on the first week of school I got the job,” said Ahmed.

He learned quickly that safety escort was a lot more than just driving kids around. It was a way to make a huge campus small. Ahmed said that for his orientation he did not even know where the building was he was supposed to go to, “I had to look it up on a map. I didn’t even know where I was supposed to go for the first meeting. And then a few weeks later I knew where everything was on campus.”

His part-time job as a Safety Escort driver turned into more than something to just do for a little cash. At the start of Ahmed’s junior year he took it a step further and applied for Director of Safety Escort. After gaining the title, Ahmed was excited to start instigating change in the Safety Escort community.

His views of campus safety have changed over the years. As a freshman, his driving was a way to connect with students across campus but now his position makes him think of the people who are getting these rides. “Wait times are too long. For girls feeling unsafe that’s unacceptable. If she’s trying to go back from Hayden Library to Adelphi that is unacceptable if she has to wait 30 minutes. So as the Director one of my initiative is to reduce wait time.”

Ahmed is excited to make decisions this coming year of how to increase productivity of Safety Escort. His initiative starts with greater social media influence to get the word out and to make it safer with shorter wait times. He hopes to bypass last years number of 16,000 logged rides.

Ahmed took a small job and changed it into a small career in college. For an engineering student, finding time to do something for the college community is hard, but Ahmed has found time to make an impact for the safety of his fellow students.