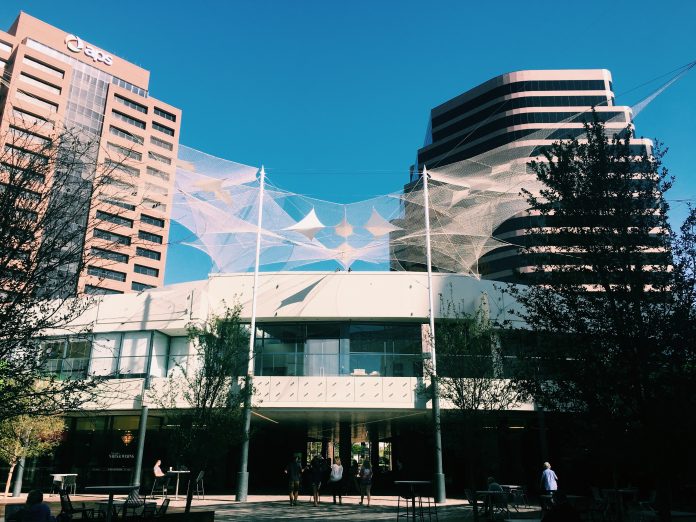 Today, Cedric King, who is facing murder charges, asked to be granted release into the custody of his grandmother until his trial. Judge Eileen S. Willett said she will let King know by the end of the day, and if she decides to grant him release he will have to be back in her courtroom to discuss the terms of his release.

King’s defense attorney, Maria Torres Chin, said that King would not be a flight risk or danger to the public due to the fact that he is only 19-years-old, has never left the state before, only has one previous misdemeanor, and would be released into custody of his grandmother. She said that his grandmother would make sure that King would show up to future court dates.

U.S. attorney, Thomas C. Simon, disagreed with Chin, saying that King is a flight risk and danger to the public due because the nature of the murder was gruesome and gang-related.

According to redacted court documents, King was arrested on December 2, 2016 for the murder of “M.L.V.,” wearing clothing representing gang affiliation with the “Bloods.” The documents also say M.L.V.’s mother confirmed he was an active gang member with the “Crips” in the Seven Mile Wash District of the San Carlos Apache Indian Reservation and has been assaulted previously by members of the rival gang, “Bloods.”

The redacted documents describe a 10-year-old boy, John Doe, was in a car with “N.H.” and King looking to buy marijuana when they spotted M.L.V. walking. Doe said that he heard N.H. say, “that’s him, that’s him,” and King respond, “let’s get him,” while pointing at M.L.V.  Doe said he saw King stabbing M.L.V. with a knife and say, “How does it feel to die,” to M.L.V.  Doe said when N.H. and King returned to the car he saw them wipe blood off their knives with their red bandana.

During an interview while in custody, King confirmed that he is a member of the “Bloods” gang and knew that M.L.V. was affiliated with the rival gang the “Crips.” At the beginning of his interview, according to the court documents, King first denied being involved in the incident and said that he was intoxicated and high and did not remember anything that day. Later in the interview, he admitted having involvement, saying he was scared. King claimed that the Crips had been harassing him for several days.

In King’s account, he said that he and N.H. were driving around trying to buy marijuana when they saw M.L.V.  King said he told N.H., “Lets get him,” and they exited the vehicle and chased M.L.V.  King said M.L.V. tried to hit him with a bottle so King began to stab him, claiming that everything happened so fast that he does not remember all of the details.

An autopsy on M.L.V.’s body was conducted on December 6, 2016 which revealed stab wounds on the right side and center of his chest, left arm, right hand, left lateral chest, right lower back, right buttock, and left flank.

Tempe Empty Bowls 20th Anniversary Event is Still On! Some Changes Made to Annual Event Which Raises Funds to Provide Food for Hungry