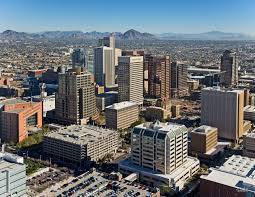 “The NRA and the general public have already set guidelines to help prevent violence in schools and all of the rules obviously are not working”, said Leah Tomassi, 31, paralegal. Tomassi was adamant about gun violence issues. “I don’t understand how having military grade weapons is even allowed or possible”, Tomassi said. “As a believer in the Second Amendment and someone that wants there to be less violence in this country I don’t believe the government is doing an adequate job to solve this issue”, Tomassi said.

“There is one solution to this and only one that will work. There should be metal detectors and single entrances for schools”, said Uber Account Manager, 23, Austin Peterson. I’m from the south and I don’t see an issue with gun laws being more strict”, he said.

“I would never shoot up a school, not that I ever wanted to because I knew my mom would beat me,” jokingly said Malik Jones, 21, receptionist. His girlfriend, 19, Destiny Williams agreed. “I think what he’s trying to say is that kids are not disciplined enough and nobody cares about youth enough to help them through mental illness”, Williams said.

When Javier Romero, 39, construction worker, was asked his opinion on the issue he stood in complete silence for a few lengthy moments. “As someone whos family has been affected by gun violence I’m speechless on what could be done to truly stop school shootings,” Romero said. Following the populus, his final statement was, “take away the guns, it would eliminate a lot of the problems.”

A 35 year old police officer who declined to state his name had a similar view on gun violence. “As a cop it’s my job to protect the public.” With many police shootings that have happened this year, policemen are specifically a target for gun violence. “I don’t even feel comfortable with my career anymore, I would never want to hurt an individual or have someone be so frightened of me that they shoot me,” he said.

Although all respondents were from different ethic and social backgrounds, they all had one thing in common: gun violence must be stopped. “The solution is simple, make guns not easily accessible,” Tomassi said.