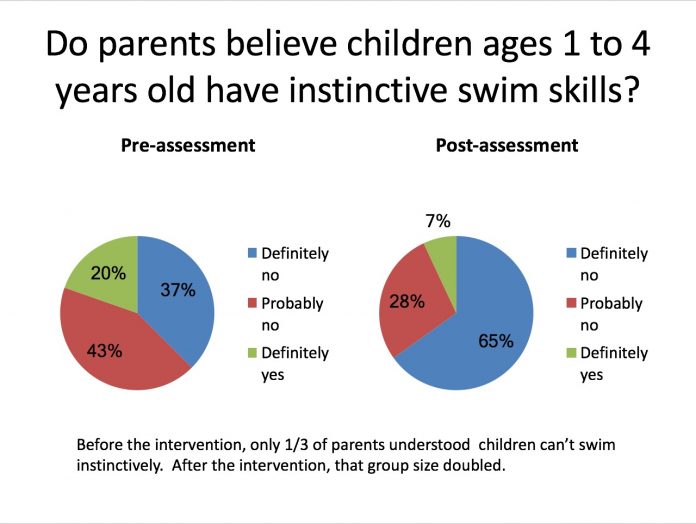 As the summer approaches, it is more crucial than ever for children to know how to swim and it is not something that comes naturally.

Lisa Pearce, 40,  a mother of 10-year-old twins, made sure to get her kids in the pool as early as possible.

“I had them in the pool with me before they started lessons around the age of three,” Pearce said.

Parents should be worried if their child does not know how to swim because t is putting them in a dangerous situation, Pearce said.

“Watching them achieve every skill was so rewarding.” Pearce said, “They would get so excited to show me their new trick and it made me feel more at ease knowing that they would be safe.”

Jessie Moreschini, 20, has been a lifeguard and swim instructor for the past four years.

“Knowledge is the best thing that parents and children can have.” Moreschini said, ”If they know the dangers then they know what they have to do to be safe.”

While watching the water she can always tell which kids are confident with swimming and which ones aren’t, Moreschini said.

“During lessons, there is always a point in time where you can feel the child relax, especially when they are working on floating.” Moreschini said, “If the child is tense they are going to sink, so when they relax and trust themselves they are able to finally learn how to swim.”

Some programs are aimed at parents, not just the kids.

“Drowning is the number one injury-related cause of death for children ages 1 – 4 years old in Arizona,” said Tiffaney Isaacson, senior injury prevention specialist at the Phoenix Children’s Center for Family Health and Safety.

Playing it Safe is one of several programs underway in the Valley to prevent childhood drownings or water injuries. Local hospitals and the Drowning Prevention Coalition of Arizona are leading the way in efforts spreading awareness about water safety.

Due to the high temperatures in Arizona, many people are drawn to the water no matter what aquatic skills they possess.

According to Isaacson, the drowning risk for children ages 1-4 in Arizona is nearly double the national rate, ranking second worst in the country.

The key to decreasing the rate of drowning is through prevention.

The Playing it Safe program integrates the Strengthening Families format.

“It is based on engaging families, programs and communities in building protective factors like parental resilience and understanding of child development,” Isaacson said.

“In the workshops, we talk about ways to reduce parent stress during swim time, through discussion of the protective factors and basic water safety,” Isaacson said.

This year, an average class consists of  about ten parents, Isaacson said.

“Since the program began, nearly 1,500 parents have attended, with nearly 500 parents taught since we reformatted the program with Strengthening Families content in 2016,” Isaacson said.

Research about child drownings and effective ways to prevent them is critically needed on a global, national, and local level, Isaacson said.

“Phoenix Children’s Hospital has two ongoing research studies looking at child drowning circumstances and prevention.” Isaacson said, “It is important to allow programs to evolve with a focus around evidence-based approaches.”

Spreading Awareness Across the Valley

Lack of awareness of developmental norms for toddlers is often an issue, leaving parents unaware of the gaps in their safety plans, Isaacson said.

“The length of the workshops can be a challenge for parents, not only because they are busy but also because many parents are not aware of the complex factors that influence drowning risk,” Isaacson said.

However, in order to understand drowning risk and the parenting strategies that are effective, a full hour is needed for the workshops, Isaacson said.

Classes are provided across the Valley and work around the hosting organization’s schedule, in order to reach as many parents as possible, Isaacson said.

“Tailoring content to parents and caregivers of children ages five and under means we’ll reach fewer families with the program,” Isaacson said.

However, according to Isaacson, children ages five and under made up 32% of the population of children and teens in Arizona from 2000 – 2016.  During the same period, drowning fatalities in this age group made up 73% of our deaths.

“We continuously examine evaluations and rework content to shift dangerous perceptions among parents, such as the incorrect belief that children have instinctive swim skills, or can be relied upon to self-rescue in the water,” Isaacson said.

“Phoenix Children’s Hospital is a leader in bringing evidence-based programming to the community, and constant evaluation of programs is key to our strategy to reduce drowning risk among vulnerable populations,” Isaacson said. 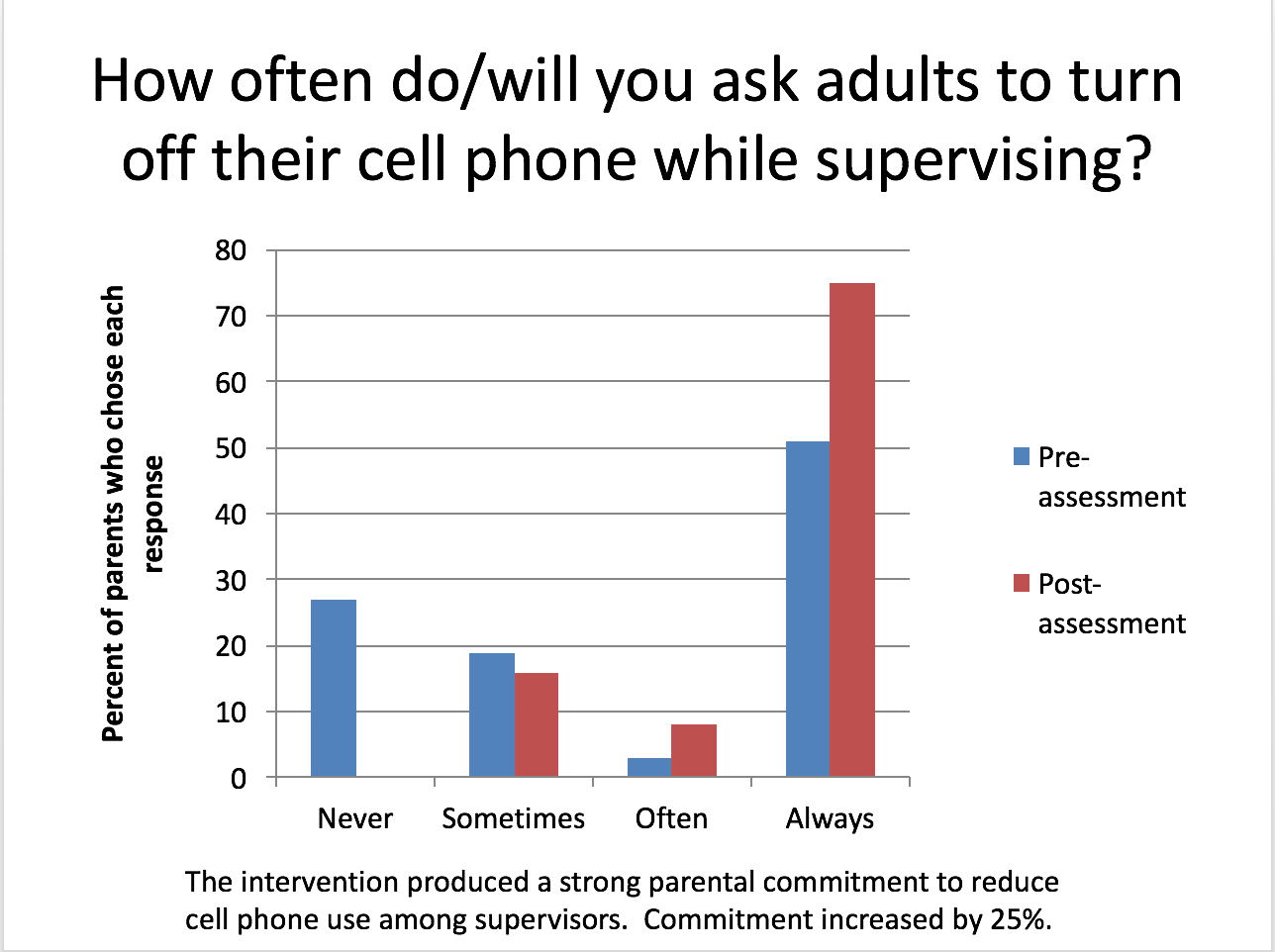 Isaacson said she distributes pre and post assessment surveys to keep track of parents’ thoughts throughout the workshops. 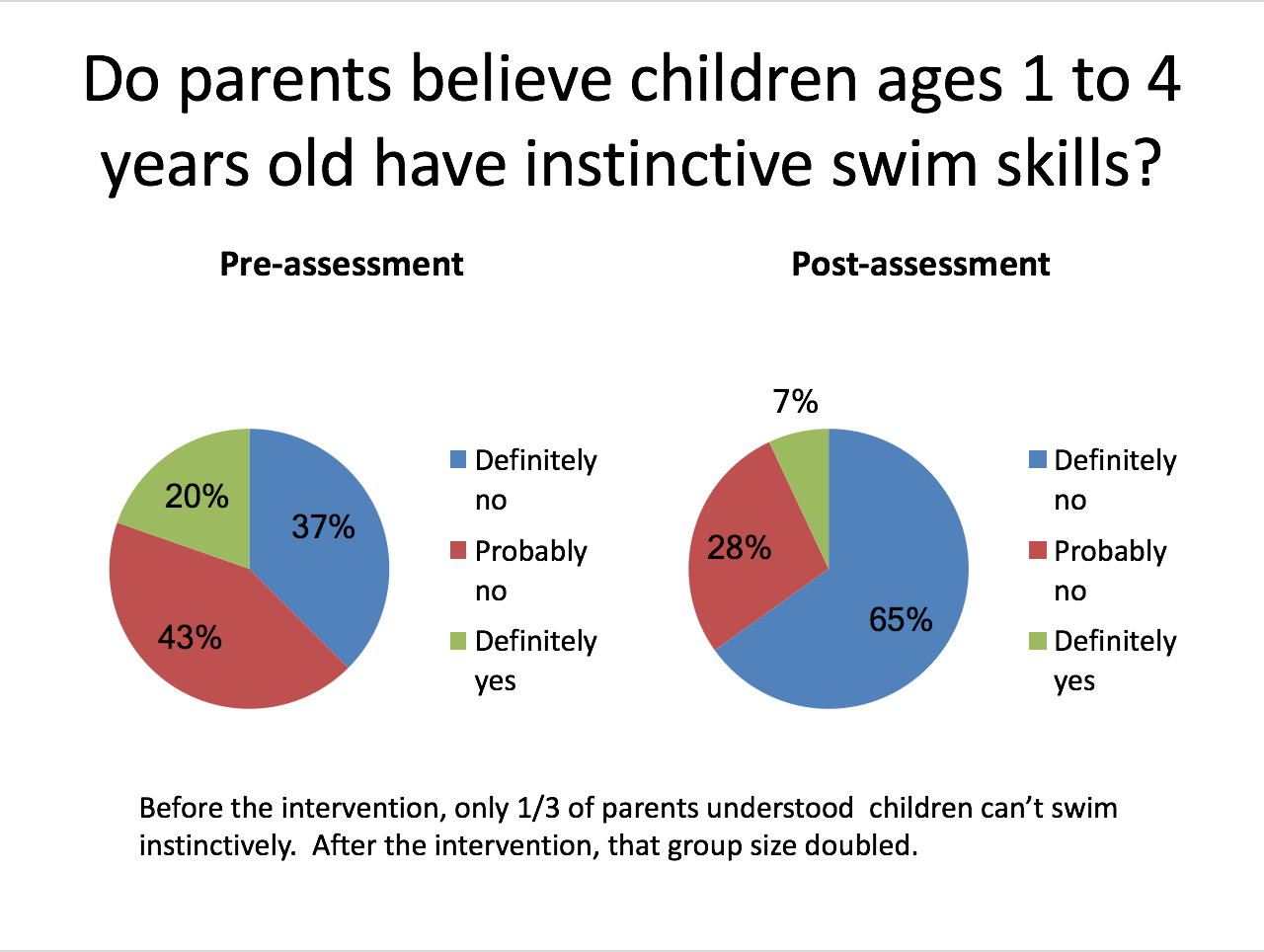 Water Watchers and the ABC’s of Water Safety

Spending time outside around water was a common occurrence for Studer and her family, Studer said.

Studer and Weston’s father, Tom Letter, were getting ready to have a barbecue at their Gilbert home, Studer said.

“My response was, ‘Well, let me get you a towel’ because, in my mind, the only possible problem was that they were wet and didn’t have a towel,” Studer said.

She never expected what Weston’s father would say next.

“Tom’s next words were, “No, it’s much worse than that and I’m on the phone with 911.” Studer said, “I turned around and saw Tom holding our sweet lifeless little boy.”

Weston’s father is a Tempe Firefighter Paramedic and Studer is an educator.

“We were parents who were informed about and aware of potential dangers and we were very cautious.” Studer said, “Weston was enrolled in swim lessons at the age of 1 and took them every summer until his death.”

They did the one thing that many parents do, they took their eyes off of Weston for a moment around the water, Studer said.

“The day we buried Weston I put my hand on his casket and I promised him two things,”  Studer said,” One, I would never forget him and two, I wouldn’t let anything bad come from his death.”

With the help of some teachers and her mother, an Associate Dean at Mesa Community College, they wrote a water safety curriculum based on the ABC’s of Water Safety that is focused on the first grade, Studer said.

Layers of protection are a critical component in reducing drowning and near drowning rates in Arizona.  Educating parents and children about hazards and teaching them how to best protect themselves is crucial.

“Drowning and near-drowning can happen to anyone, which is why layers of protection are crucial,” Studer said.

These layers are the ABC’s of Water Safety.

A is for Adult supervision when children have access to water.

“There must be constant eye-to eye contact and it is an active act that requires the adult to solely focus on the child in the water.” Studer warned, “That is water of any type, drowning don’t just happen in pools.”

B is for barriers.  The only proven method to keep children away from water is a 4-sided pool fence with a working, self-closing, self-locking gate, Studer said.

“I’ve had so many people tell me that they don’t like the way a pool fence looks in their yard or that pool fences make their new pool look ugly, and pool fences are expensive.“  Studer said, “There is nothing uglier than seeing your child in a casket and Weston’s funeral cost over $10,000.”

“It is inevitable that one day a parent will lose physical eye contact with their child and having a barrier should not give a false sense of security, but it will interrupt a child’s path to water,” Studer said.

By having a group of experienced educators write the curriculum assures that the content would be educationally sound and connected to the Arizona State Standards while also engaging, Studer said.

Studer and her mother also partnered with the Phoenix Children’s Hospital and founded Water Watchers in memory of Weston.

“Our goal was to teach students and their parents how to be safe around water using the ABC’s of Water Safety and to empower parents with the understanding that tragedy knows no boundaries,” Studer said.

Today, the curriculum is used in classrooms all over the state and has been updated to match the new Arizona Academic Standards.

“We thought this would never happen to us.” Studer said, “Weston would turn 24 this year and not a day goes by that my heart doesn’t ache for him.”

The Getting to the Pointe Water Safety event will be held Saturday, May 12, at the Pointe Hilton Squaw Peak Resort.

Visit the DPCA website at preventdrownings.org for more information on the event and water safety.

On June 21, many local swimming pools in the Valley will be hosting the World’s Largest Swim Lesson, or WLSL, event.

According to the press release, WLSL was created as a platform to build awareness and to prevent drownings each year.

More than 20,000 man hours of water safety training are provided in a single day during the WLSL event, the press release said.

Go to their website at wlsl.org to find the location of a local WLSL event.

This August is Drowning Impact Awareness Month, and the Phoenix Children’s Hospital will have ongoing programs throughout the month, Isaacson said.

“We are planning to take purple ribbon messaging to families through a strong social media push.”  Isaacson said.

They will also have strong visuals on campus to educate families and the community, Isaacson said.

This will include banners, purple ribbons tied in trees to show the scope of the problem, displays to honor children who have drowned, and signage sharing effective water safety and parenting strategies, Isaacson said.

“As an awareness campaign, Drowning Impact Awareness Month has been very successful in ensuring that advocates and families understand that drowning risk is very high in August,” Isaacson said, “More than one million purple ribbons have been shared since the campaign began in 2004.