In recent years, there has been a lot more going on under the Golden Arches besides making food. McDonald’s has been in the headlines with numerous scandals created by the employees themselves.

On Monday, November 13, a false 911 call was made by McDonald’s employee Ashley Stewart, 24, stating she was robbed of over $22,000 while depositing cash for McDonald’s at a bank.

She claimed that “a black male” robbed her at gun point and he took the cash from her and fled on foot.

She was arrested that night with her boyfriend, Alexander Reyna, 35.

Detectives from the Maricopa County Sheriff’s Office responded to the scene and spoke with Stewart about the incident and noticed that her story lacked credibility and had a lot of allegations.

While the questioning continued, Stewart eventually admitted to not being robbed. She told the detective that her and Reyna planned the robbery and were going to split the cash.

Stewart was booked on one count of theft-control, a class 3 felony, one count of false report to law enforcement and a misdemeanor.

Reyna was booked on one count of theft-control property. Both Stewart and Reyna have been released since the incident occurred.

This is one of many crimes that have been committed by McDonald’s Employees. Last month, the manager of a McDonald’s in the Bronx, New York was caught selling cocaine with fast food orders.

Frank Guerrero, 26, worked at the McDonald’s for eight years and would unlock the doors to sell drugs in the middle of the night at the 24-hour fast food restaurant. The cops received a tip and began to investigate the situation by ordering “eight supersized drugs.” Guerrero then stashed the cocaine in a soap dispenser in the bathroom, as well as selling the cocaine with the burgers he sold. He was caught selling to an undercover cop two times by placing the drugs in a cookie bag.

Narcotics Prosecutor Bridget Brennan stated that, “Guerrero’s conduct was so blatant, it would be comical if he weren’t committing a serious narcotics crime.” The undercover cops received approximately $10,900 in drugs from Guerrero. 200 grams of cocaine and $5,300 in cash was found at Guerrero’s apartment when police raided his home. The cash was being stored in his child’s bedroom.

Guerrero has been charged with criminal possession of an illegal substance, criminally using drug paraphernalia, criminal sale of a controlled substance and unlawfully dealing with a child.

In Wickenburg, Arizona, just an hour from Phoenix, a former McDonald’s manager created fake employees to steal over $9,000 from the corporation in 2016.

Virgil O’Neil Demby, 49, received an IRS W-2 form on May 14th saying “said employee” received $7,300 even though they employee worked only one month at the restaurant in 2015. Demby worked at the McDonald’s for nine years. Investigators found 24 fraudulent payroll checks totaling over $9,000 that were sent to the restaurant.

Demby initially admitted to creating the fake time cards and converted the checks to cash to pay illegal works were needed at the restaurant. Another employee contradicted this statement by saying he was forced to help Demby because of his illegal immigrant status. If he did not assist Demby in this scheme, the employee would have been deported. This employee said that Demby did in fact use the money for himself.

Demby was then charged with ID theft, theft and fraudulent schemes.

These three examples are only a select few of the crimes committed by employees of McDonald’s Cooperation, the second largest fast chain in the world.

Although these crimes are serious and have occurred in recent years, McDonald’s has a crime rate considerably lower than the national average when employees and customers are involved in wrongdoings. 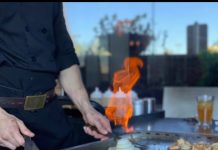 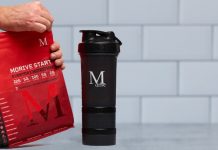 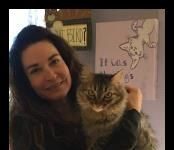