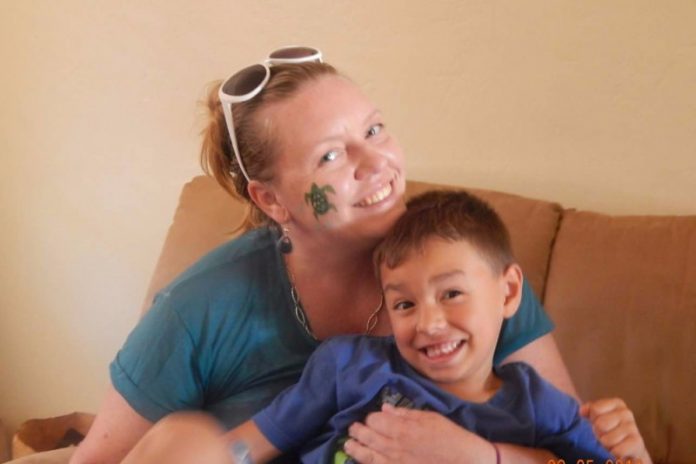 A peaceful walk to school turned deadly for a Tucson mother and her young son.

The pair were walking in a marked crosswalk on East Pima Street near North Swan Road around 7:30 a.m. when they were struck and killed by a car traveling east on Pima.

The child has been identified as 7-year-old Ethan Mentzer, a second-grader at St. Cyril of Alexandria. He and his mother, St. Cyril alum and chef Anna Mentzer, were only a block away from the school when they were struck.

The 37-year-old single mother lived a few blocks south of the Catholic school with her two sons. Her fifth-grader, Eli, also attends the school but was home sick and in the care of her brother Clement who lives nearby.

Tucson Fire Department paramedics arrived on the scene and began treating the victims, but Anna was announced dead at the scene. Ethan was transported to Banner-University Medical Center Tucson where he died. Traffic detectives determined the vehicle was traveling east on Pima in the median lane, approaching North Mountain View Avenue, when the victims were struck. The driver remained at the scene and cooperated with detectives. She showed no signs of impairment and no citations have been issued as of yet.

There have been 24 pedestrian fatalities in Tucson so far this year, compared with 11 at this time last year. Six of these deaths have occurred in the few weeks since September 27, according to Tucson Police Department data.

Anna’s friend Madeline Hughes Filipiak started a GoFundMe to raise money for the grieving family. She wrote the following on the website:

Our dear friend Anna Mentzer and her son Ethan were killed in a car accident this morning as she was bringing her son to school. This was a pedestrian accident that happened around 8 am this morning near the intersection of Pima and Swan. Our hearts are broken and we are in shock, saddened beyond words and now ask for your help for her family. Her son Eli has been left behind along with her brother Clem to now care for him. I have no other words at this point, but I know we are all deeply saddened by this horrific tragedy on such graceful souls. Please help in any way you can and we will keep you updated as things progress at this sad time.