The NBA vs NBL preseason finale was an electric one, with the Phoenix Suns coming out on top.

The Suns beat the Brisbane Bullets 114-93 in the showdown between America’s NBA and Australia’s NBL.

Suns‘ standout Devin Booker scored 31 points in 30 minutes as his team took advantage of a generous first quarter in which they led 38-12. Alex Len made his mark with 20 points and seven blocks.

While the Bullets tried to bounce back, it proved too difficult to fully recover from the Suns‘ strong start to the game. Despite the loss, Travis Trice shined for the Bullets, scoring 20 points, eight rebounds and five assists.

The Suns‘ lead increased to as much as 69-36 before the Bullets finally started putting points on the board. While Trice helped cut the Bullets deficit to just 18 points in the second half, the Suns always responded, securing their lead. Toward the end of the historic game, both teams let their younger players take to the court and experience some playing time.

With the Bullets‘ loss, each of the three preseason games against NBL teams were won by NBA teams. The Utah Jazz won against the Sydney Kings, while the Oklahoma City Thunder beat Melbourne United by one point.

This week, the Suns will face the Portland Trailblazers on Wednesday, followed by Friday’s game vs. the L.A. Lakers. Both are home games, and tickets are available here. 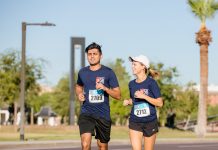 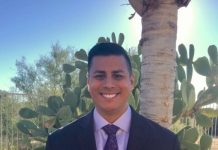 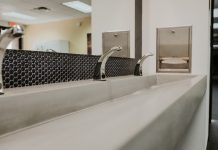