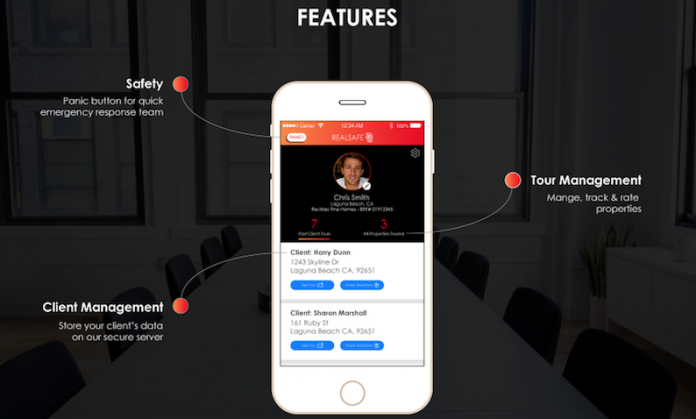 There are over 2 million real estate agents in the US and nearly 40% of real estate industry professionals report they have felt unsafe at one point while performing their duties at work. Being a real estate agent is a profession that at the surface seems to have few occupational hazards, but according to new statistics by National Association of Realtors, real estate agent is actually one of the most dangerous jobs in the US. In 2016 alone, 34,500 real estate agents were attacked while on the job last year – the majority of them women. September is National Realtor Safety Month and a new app, called RealSafe is keeping agents safe with 24/7 live personal security that could save their life in an emergency. Since launching this month, the app already has over 11,000 downloads and the recommendation of numerous realtor advocacy groups and law enforcement organizations. 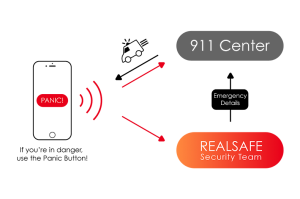 “Real Estate agents are among the most vulnerable professionals today because they must often meet strangers alone in vacant houses and show properties in all types of neighborhoods,” said RealSafe Technologies, Inc. Founder Joe Risi. “Upscale suburban areas pose the greatest risk as locations real estate agents are being attacked, and the more visible the agent is – through advertising, social media and other promotion, the higher their risk is for being targeted,” Risi said.

According to statistics by the National Association of Realtors,

“Real Estate agents are among the most vulnerable professionals today because they must often meet strangers alone in vacant houses and show properties in all types of neighborhoods,” said RealSafe Technologies, Inc. Founder Joe Risi. “More agents are equipping themselves with the training and tools to defend themselves if they are attacked, but the RealSafe app offers an extra layer of protection that deters would-be criminals and arms the agent with a direct link to emergency response in the event a client interaction becomes dangerous,” he said.

A real estate developer and broker with over 42 years experience in the real estate industry, Joseph Risi and his son Chris developed Real Safe Technologies and the RealSafe App to provide real estate agents with 24/7 Live Personal Security, Client Identity Tracking, Panic Button Live Monitoring- Danger Prevention Technology that offers an increased level of security and the ability to initiate emergency response at the touch of a button.

“RealSafe is as much of a danger-prevention tool as it is a danger- reaction tool. By using the app to record details about clients and the locations of planned showings, real estate agents can deter criminal activity and vet clientele before proceeding with a showing and have the peace of mind that when they do proceed with a one-on-one appointment, their whereabouts and activities are being monitored in real time and help can be summonsed discretely and instantly at the touch of a button,” he said.

Criminals have posed as would-be buyers to lure unsuspecting agents into vacant homes and have committed theft, robbery, assault and rape in thousands of cases across the US. According to the National Bureau of Labor Statistics, assault crimes against real estate agents have increased in recent years, including 75 cases of fatal assault in the last 5 years. A vast majority of the violent crimes against real estate agents have been attacks on women, including the 1996 murder of a 22 year old real estate agent who was brutally killed while holding an open house in Scottsdale and the 2014 case of 50 year old grandmother and Arkansas real estate agent Beverly Carter which made national headlines after one of her accused killers admitted he had targeted her because he knew she he knew she’d be working alone.

The RealSafe App is a patent-pending mobile and web technology app designed to deter danger. RealSafe monitors your tours in real time and quickly contacts authorities in case of an emergency.

Using the Real Safe app is easy. The app has two safety modes – one for taking clients on tour and one for holding an open house. An added benefit of the app is its built-in CRM system that allows real estate agents to manage their client information and showings conveniently on their phone, and even includes the ability to incorporate notes and feedback from the client on each property shown as well as generate maps and directions that the agent can share directly with the client from their RealSafe profile.

“RealSafe is a practical and essential tool for all real estate agents,” Risi said. “By using the app to build a client profile each time they schedule an appointment, real estate agents can enhance their safety and efficiency simultaneously,” he said.

Here’s how it works: When taking a client on a home tour, the agent will first create a client profile in the system that includes a photo of the client and a picture of the client’s photo ID. Next, the agent enters in all the addresses of the homes they plan to show their client. The app utilizes GPS targeting and Google map technology to accurately pinpoint and track the agent’s location in real time. Once the agent indicates the tour has begun, the app routinely ‘checks-in’ with the agent to ensure they have arrived safely. The agent must indicate that they are safe within 25 seconds when the app ‘calls’ to check in to ensure the agent is still safe. If the agent does not respond to the check in with the allotted amount of time, the app will escalate efforts to make contact with the agent, which includes a phone call from RealSafe to the agent to confirm their well being, which can only be confirmed by verbally stating the agent’s ‘security’ word over the phone. If the agent is does not respond to app notifications, does not answer the phone or says anything other than their ‘security’ word on the phone, RealSafe immediately dispatches police to the GPS location of the agent. Whenever police are called, RealSafe instantly sends the client file created by the agent, giving law enforcement detailed information about possible suspects including their photo. Real Safe is designed like a CRM system that allows you to keep records of your clients and the homes you have shown conveniently on your phone. The Open House safety mode opens to a large “panic” button that the agent may press if at any time during their open house they feel nervous or as though they may be in danger. The panic button remains active anytime the app is open and will instantly dispatch police when pressed. The “Panic” feature in the RealSafe app operates like a silent alarm immediately dispatching police to the location without alerting the potential suspect or attacker.

The RealSafe App is available for download now on the Apple App Store or the Google Play Store. For more information about the RealSafe App visit www.realsafeapp.com. 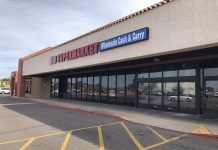 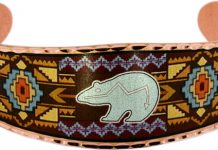 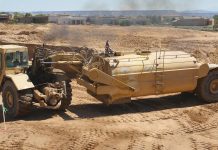