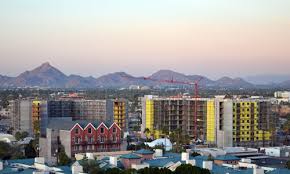 Phoenix Fire Department Public Information Officer Captain Rob McDade said, “the likelihood of fires does not increase or decrease seasonally,” contrary to popular belief that fires are more likely to occur in the summer.

“Most of the fires that are civilian started are accidents and happen in their own homes.  We get called to apartments most often.”

Tabitha Wheatley, lease specialist at the newly built Linear Apartments in downtown Phoenix said that the fire alarms are all operational and the Phoenix Fire Department is “on top of their game.”

Wheatley said, “just the other day, a resident was cooking a quesadilla that started smoking, so the fire alarm went off and within 30 seconds there was a helicopter above the complex and 2 engines were at the front door.”

Scott Allen, property manager for Linear Apartments, said, “we don’t plan on doing fire drills with our tenants.  But we will have details on fire escape in every hall and most likely in

About 20 percent of fires in 2014 were considered arson cases, according to PFD 2014 annual summary.

Maddy Ryan, tenant at Roosevelt Point apartments in downtown Phoenix said, “If I had any plants outside, I’m sure they would catch on fire because of all the cigarettes the apartment allows people to drop onto my balcony from the rooms above.”

Wheatley said, “there is no way that we would allow people to drop cigarette butts on others balcony’s.  We have a high safety and cleanliness standard.”

In a detailed, 67 chapter, document, the Phoenix International Fire Code defines what it takes to keep buildings safe and how to maintain homes.

The Phoenix International Fire Code also lays out guidelines on how individuals can keep their personal spaces more fire safe.

She added, “there is no reason to put people into harm’s way any more than they already are by existing in such a dangerous world with so many distractions.”

Captain McDade said, “after 17 years on the force, I still will preach fire safety.  Nobody should die because they are not properly informed on fire safety.” 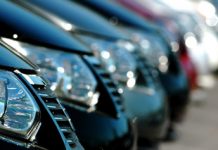 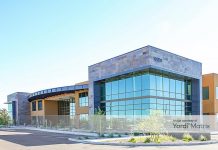 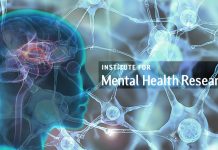