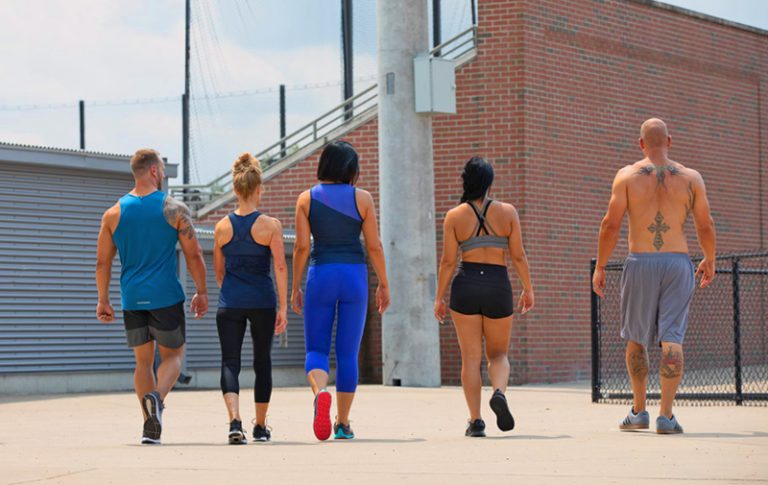 These 15 individuals were selected out of the tens of thousands of people across the United States who completed the IsaBody Challenge during the most recent Judging Period. Finalists will compete for a chance to win the grand prize of $25,000 or the runner-up prize of $10,000. They will also receive a $3,000 prize, an all-expenses-paid trip to the IsaBody™ Escape in Costa Rica, and other prizes to recognize their achievements.

Each finalist will be introduced onstage at the New Year Kick Off 2019 event Jan. 9-12 in Phoenix, Arizona, in front of nearly 5,000 attendees. The grand prize winner and runner-up will be announced Jan. 12. The IsaBody Challenge and New Year Kick Off are both hosted by Isagenix.

“This is an incredible group of finalists that has demonstrated significant discipline and commitment to succeed,” said Travis Ogden, chief executive officer of Isagenix. “With tens of thousands of IsaBody Challenge participants competing, we’re proud to honor these 15 individuals and the transformations they’ve created by pairing dedication with our exceptional nutrition solutions. Isagenix congratulates each of them and wishes them ongoing success in their wellness journeys as they continue to inspire us.”

As a former professional beach volleyball player, Andrea couldn’t believe she had found herself in a place she swore she would never be. Being overweight and in poor health wasn’t like her, and she knew she needed to make a change. With Isagenix, not only did she start losing weight, but she also experienced a profound change in her attitude and mindset.*

Barbara’s weight had always been dictated by stress. Sometimes she overate to console herself, while other times she was unable to eat, leaving her at an unhealthy low weight. When she saw a photo of herself at 155 pounds, something in her changed. From that point on, Barbara decided she was in control. When she joined the IsaBody Challenge, she finally found herself.

Drew felt life weighing down on him after losing his career in the Great Recession. Heavy-hearted, gaining weight, and completely losing sight of what it meant to be alive, he was living like the walking dead. He knew there must be more to life than doing the same thing day in and day out and expecting a different result. When he found Isagenix, he got his answer. Now, he’s living life to the fullest.

When Duncan joined the IsaBody Challenge, he grabbed his tape measure and let out the gut he’d been holding in for decades. As he looked down to read the tape, he was horrified at what he saw. His wife jokingly asked what happened to the man she married, and that was all the motivation Duncan needed. Now, he’s in the best shape of his life at 58, and his wife can’t stop bragging about his abs.*

Eric, who finished his last collegiate swim race after a decade of competitive swimming, had no idea how different life without swimming would be. Within four months, he gained 25 pounds. He missed the competition and camaraderie he’d had with his teammates. Now at the end of his first IsaBody Challenge, Eric is not only in better shape than he was as a swimmer, but he also has a community of friends he met through his new active lifestyle.* Isagenix didn’t just change Eric’s life — it gave him a new one.

Jarrett started the IsaBody Challenge to cut fat in his stomach area and see how much muscle he could put on in 16 weeks, but in the end, he gained so much more. His self-confidence grew as he quickly started seeing results, and he noticed he was inspiring others to become healthy and fit.* Jarrett transformed not only his body but also his outlook on health.

At 190 pounds, Jennifer never would have believed it if someone had told her that she could be healthy again. But that was before the IsaBody Challenge. Now, she’s feeling amazing inside and out and moving like she did in her 20s.* Jennifer loves her new life and is committed to never letting herself go back to where she was before.

During his IsaBody experience, Jerry learned something about himself that he had been ignoring since day one: He was constantly comparing himself to others and always asking, “Am I good enough?” Several devastating life events had created this pattern in Jerry, but he finally realized his accomplishments are his and his alone. Today, he knows the answer to his question: He is good enough.

Jessica has lost half her original body weight since starting her weight loss journey.* She’s overcome numerous health challenges to get to where she is today and now has an amazing son to cheer her on while they get stronger together. Jessica no longer makes time for negative thoughts or self-sabotage; she’s too busy doing whatever it takes to help other women change their lives just like she has done.

Lori has had her share of peaks and valleys since her first IsaBody Challenge in 2014. She knows the path to success isn’t always straight, but that didn’t make the journey any easier when an unexpected surgery sent her into surgical menopause at 43. Soon after, she hit her lowest valley. Doctors told her the weight gain was something she just had to accept, but Isagenix, the IsaBody Challenge, and her amazing husband, Jim, gave her the confidence she needed to change her outcome.

Lydia started her first Challenge simply wanting to lose the baby weight she had gained over the course of two pregnancies.* Little did she know, she was about to change from the inside out and completely transform her mindset. Lydia quit her day job, celebrated her one-year “Isaversary,” attended her first Global Celebration, and was recognized as an honorable mention, all in the same Challenge. Now, she’s a finalist, and she’s not stopping there.

A mom of three boys with two autoimmune diseases, Mari never felt confident or comfortable in her own skin. Negativity consumed her when she saw her reflection in the mirror. She knew she needed to make a change, so she did with the IsaBody Challenge. Now when she looks in the mirror, she feels happy and can see what her body is capable of. Mari knows that if she can do this, she can do anything, and she’s helping others understand the same about their potential.

Melissa hasn’t let an unwanted divorce and personal family struggles stop her from becoming the best version of herself — not only for her but for her daughter as well. Instead of letting stress and anxiety get her down, she’s focusing on feeling good about herself by letting go of her past and creating her own vision of an amazing, healthy future.

Former U.S. Navy sailor Orlando knew it was time to start taking better care of his health following numerous health issues and misdiagnoses by his doctors. A lack of exercise and poor nutrition certainly wasn’t helping his condition, so when his wife brought Isagenix home, he knew it was the perfect path toward better nutrition in his life.

As someone whose work requires him to travel for weeks at a time, Pat hasn’t had an easy time keeping up with his health and wellness goals. With Isagenix and the IsaBody Challenge, he’s ended each 16-week Challenge in better shape than he was before.* Pat has now developed the right nutrition for his lifestyle and improved his determination. He’s not letting anything stop him from becoming a member of Team Isagenix, a group that helps athletes reach peak levels of physical performance while teaching them to leverage their athletic careers to build a successful Isagenix business.

To read more about the finalists and see their before and after photos, visit the Isagenix blog.

*Weight loss, muscle gain, lifestyle, and other results depicted here reflect exceptional individual experiences of Isagenix customers and should not be construed as typical or average. Results vary with individual effort, body composition, eating patterns, time, exercise, and other factors, such as genetic and physiological makeup. A two-phase 2016 study published by researchers at Skidmore College showed an average weight loss of 24 pounds after 12 weeks. The study evaluated the use of Isagenix products in men and women for weight loss followed by weight maintenance. During the weight maintenance phase, the subjects who continued the calorie-controlled program using Isagenix products better maintained their weight loss in comparison to those who transitioned to a traditional diet after 52 weeks.

About the IsaBody Challenge