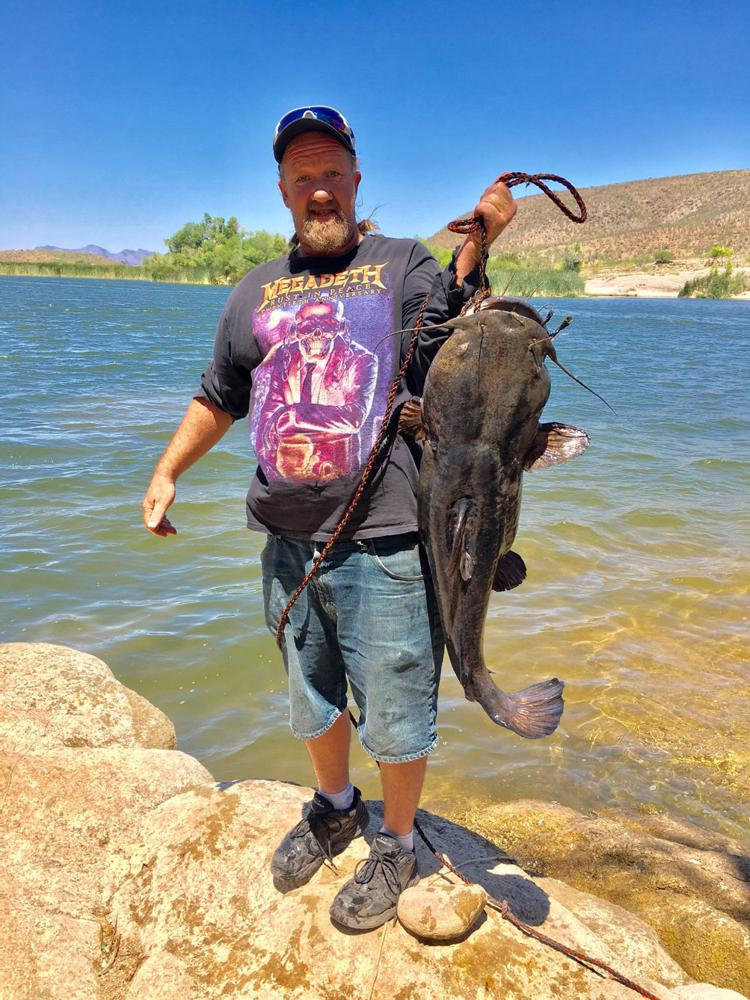 It’s summertime season and that means many Arizonans are hitting the lake to test their luck.

For one fisherman, he had an exceptionally exciting day at Patagonia Lake, about an hour-and-a-half drive south of Tucson.

Last month, the unnamed fisherman, who had spent Saturday night and Sunday morning on the lake, reeled in a huge 32.8-pound flathead catfish.

This is a rare occurrence as most catfish weigh less, although officials with the Arizona Game and Fish Department say usually once a year someone catches a 30-plus pounder.

The previous year, an angler caught a flathead catfish weighing over 40 pounds, while a 56-pounder was reeled in back in 2014.

Please visit the official Facebook page of the Game and Fish Department HERE for more information and updates on big catches around the state.