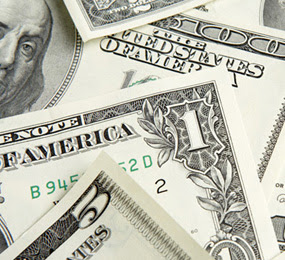 We have all heard the statement that CASH IS KING.
Is this really true?  Everywhere you look you see credit and debit card terminals and now you see electronic payment scanners using apps and payment methods such as Apple Pay and MasterPass.  It appears that Cash is losing steam in society.  The question is this… is this a good thing or a bad thing?  Let’s find out what the data says!

MIT conducted a study where they tested the impact of paying with cash compared to paying with plastic.  The results might surprise you.  Respondents paying in cash “felt the pain” of cash leaving their hands while the respondents that paid with plastic had far less impact on the pain centers of the brain.  This is referred to as “emotional friction”.  Paying with cash causes this “friction” because we feel it.

This study gave marketers and companies an advantage that has far reaching rippling effects today.  Here is what the results showed:

Companies quickly realized the immense psychological advantage this method of paying created.  In 1992, the LA Times reported that grocery stores would now accept credit and debit cards.  This outraged people because more and more people would use credit to pay for essentials like food.

In 2001, Subway introduced accepting payments with plastic.  McDonald’s was the first fast food burger chain to follow suit.  Merchants claimed that electronic and plastic payments take place in 5 seconds or less while cash took about 8-9 seconds per transaction.  Today, electronic payments such as Apple Pay and MasterPass are moving in the direction of replacing plastic because the electronic payment methods like waiving our phone have even less emotional friction than plastic and we do not have to even take it out.

If you think about it, when you go to a restaurant and pay with a crisp 100-dollar bill and lay “Uncle Ben” in his coffin” you know he is not coming back.  When you pay with plastic, you get it back.  It almost feels like you paid for dinner and got something in return… when we most likely paid for extra drinks and dessert as well and then to top it off… we get that piece of plastic back as well.  We have all been so desensitized by the power of plastic and electronic payment methods that it is the merchants who are now managing “our behavior”.

Before you answer the question “What’s in your wallet?” maybe you should consider the answer…  “a whole lot more debt and a lot less cash… because Uncle Ben has left the building”.

ABOUT US
My Local News U.S. LLC has a mission to bring local news with the help of Community Journalists to cities and towns through out the United States.
FOLLOW US
© Copyright 2017 - My Local News LLC- All rights reserved
Go to mobile version