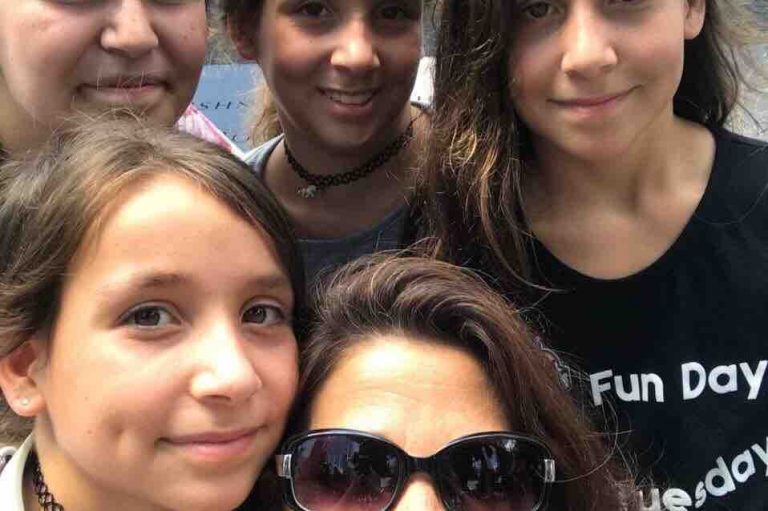 An Alabama family has been shattered by a heartbreaking murder suicide.

Orsi also fired his weapon at the couple’s 12-year-old triplet daughters, killing one of them and seriously injuring the two others. They are expected to recover after undergoing multiple surgeries. Their older daughter, 13, managed to escape unharmed and fled to a neighbor’s house amid the horror. Prior to fatally shooting himself, Orsi set the family’s home on fire, according to a statement from Sheriff Franklin.

Authorities say third-grade teacher Charlene was in the process of divorcing her husband due to his suspected drug use. She had filed divorce papers that sought full custody of the couple’s four children nine days before the murders.

When first responders arrived to the Orsi home, they discovered the house was already overcome with flames. One of the victims was located in the carport, while another was found inside a bedroom. Officials say the wounded daughters were able to make it out of the house as their father spread gas everywhere, despite suffering multiple gunshot wounds.

Now, the focus is on helping these young girls recover from this extensive trauma they have endured.

“By the grace of God, these other two children were able to escape,” the Sheriff told local media, adding, “They were able to get up and scamper out of the house.”

Family and friends have been spreading the word about a GoFundMe campaign made to help the surviving daughters recover physically, mentally and emotionally. Nearly $34,000 has been raised so far, more than three times the original goal. You can make a difference to this family in need by donating HERE.