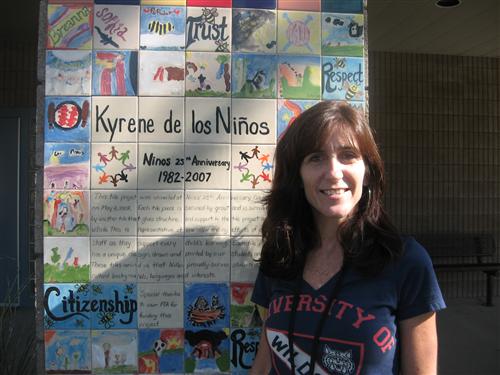 A local Ahwatukee Resident has been recognized with a special award.

Tonja Yalung, who has served as principal at Kyrene de los Ninos Elementary School in Tempe for the past five years, was honored earlier this month with the 2017 Rodel Exemplary Principal Award.

Yalung is one of eight recipients of the award, and she is the first principal in the Kyrene School District to achieve this.

Yalung has spent twenty-nine years in the Kyrene school district, previously serving as principal at Kyrene de los Lagos in Ahwatukee and a teacher in the district’s elementary schools at the start of her career.

The Rodel Award honors principals who go above and beyond to make significant differences in the lives of their students, staff and community.  This honor requires a two-year commitment to mentor one or more teachers who will be declared Rodel Aspiring Principals in April. Yalung has experience mentoring others in the district, and she is known for her hard work to ensure open communication with parents and families of the diverse, culturally-rich student population at her school.

Yalung and her staff members often set up information tables and informal meetings at the Boys & Girls Clubs in Guadalupe and Phoenix, as well as the Yaqui Education Services (YES) Center, and they connect with families through picnics in the park.

To be selected as a Rodel Exemplary Principal, the principal needs to work at a school where the more than half of the student population qualifies for reduced-priced or free lunch, and approximately 76 percent of Ninos students qualify. Other criteria includes history of student achievement growth, a positive school culture, and an active engagement of parents and community.