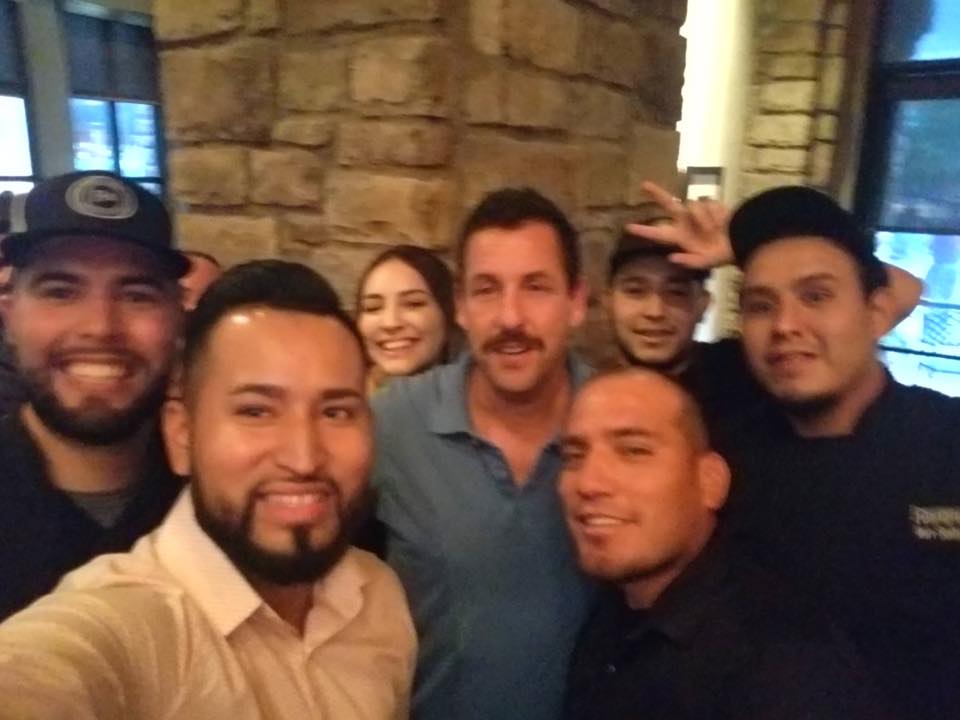 A famous celebrity was spotted enjoying an evening out at a local hotspot.

Adam Sandler headed to Firebirds Wood Fire Grill in La Encantada on Saturday night. Servers were surprised to see the beloved actor, who has appeared in films such as Billy Madison, Big Daddy, The Wedding Singer and Happy Gilmore, at their restaurant.

Sandler took time out from his meal to pose for a picture with several staff members, which was later posted on social media. The caption reads “Adam Sandler at the bird!”

This isn’t his first time in southern Arizona. Back in 2015, Sandler was seen at the Silver Saddle Steakhouse.