My Local News.US Real News - Real Local
Home Community VIDEO A Chat With the Woman Behind the Capes at Sky Harbor 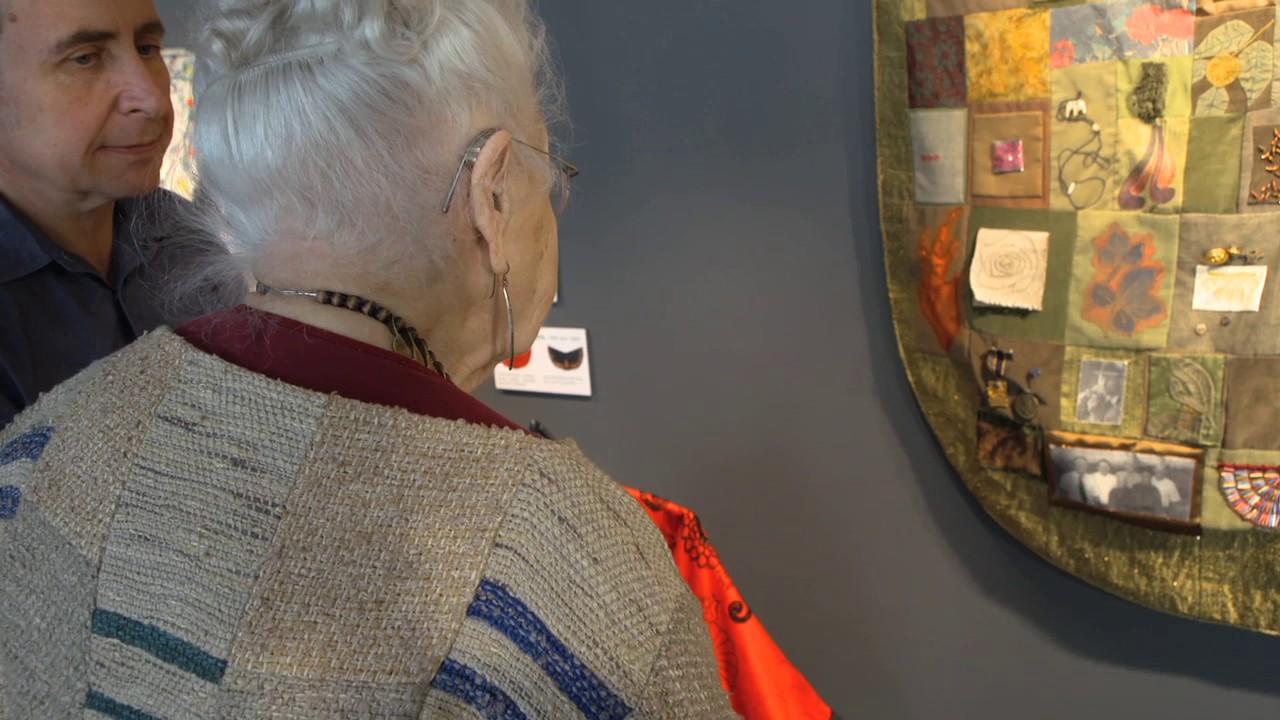 Capes have been worn since medieval times but in the right place, they are positively modern.

One such place is at Phoenix Sky Harbor International Airport in the recently modernized Terminal 3, the site of the ongoing Phoenix Airport Museum exhibition, “Worn as Art, Reversible Capes by Eleanor Bostwick.”

Eleanor Bostwick, is a 98-year-old artist who lives in Prescott, and over the span of 30 years, she created a series of capes, reversible and wearable, but in a different combinations of unique and unusual materials.  Silk. Taffeta. Leather. Even paper, as in one of the capes, “Fantasia,” was created using more than 10,000 beads that were hand-rolled from glossy glamor magazines.

“This took, it seems, like a lifetime for me because I could roll those things in my sleep!” she said in a recent videotaped interview with Sky Harbor’s Phoenix Airport Museum. During the interview, she viewed the capes she created for the first time in nearly a decade. 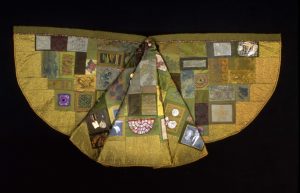 Eleanor Bostwick’s artwork is part of the Phoenix Airport Museum’s permanent collection, which includes almost 900 pieces of art in all media. “Worn as Art” is on exhibition in Terminal 3 before security on the Level 2 display case through the summer.

The Phoenix Airport Museum is one of the largest airport art museums in the United States. The museum has 35 exhibition spaces in six buildings and the Phoenix Aviation Archive. For more information, visit skyharbor.com/Museum.