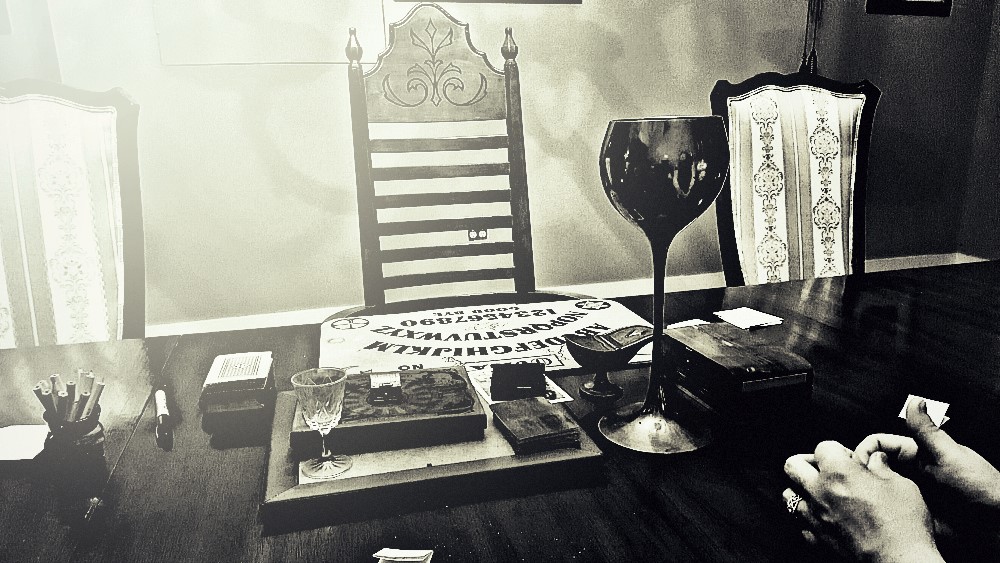 Gifted artists, eccentrics, and laid-back hippies flock to Bisbee for its unique and eclectic vibe; you never know what creative delights and characters you’ll encounter about town, including a fellow known as Magic Kenny Bang Bang who magically mixes two of Bisbee’s most intriguing vibes of the macabre sort: its history of tragic death and the paranormal.

Magic Kenny, in his unusual hat with a petrified snake head jutting out like a hideous hood ornament, is quick to strike up a conversation and maybe even pull a fast one on you right then and there, leaving you scratching your head in disbelief and asking, “How the heck did he do that?” But it’s awesome. Completely entertaining. And he’s absolutely got your attention because with every motion he makes he’s pulling off another magic trick or novelty and you don’t want to miss it. Ask him for a business card and you’ll see flames suddenly leaping from his wallet as he casually hands you the card, only to have him fold it back up and place it in his pocket like nothing happened. 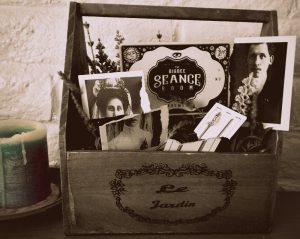 What’s great is Magic Kenny recently opened up his own storefront in The Gulch called The Bisbee Seance Room. In the Seance Room, Magic Kenny invites groups of 2 to 12 (noting he only has 13 chairs) to enjoy a one-hour show of baffling magic and ghost stories unique to Bisbee. He also does Tarot card readings.

“The Bisbee Séance Room is an interactive theatrical seance with lots of haunted history of Bisbee,” explains Magic Kenny, “It is not John Edwards Crossing Over. It is the lost art of what magicians performed in an intimate parlor setting.”

After an hour of fascinating stories about Bisbee’s horrific deaths and hauntings, card tricks and working the Ouija board, our group was talking about it for hours, trying to figure out how on Earth he did this or that. What we all wanted to know: is it “real?”

“When asked is it ‘real’ I like to say 80% of the show is illusion but the other 20% is something else. When you leave with a tear in your eye; that is no longer a trick, that is real magic,” he explained.

The other question we had is: how does one get into such a unique line of work? He clearly has a lot of fun leaving people in a confounded state of delight and disbelief. Turns out he performed his first magic show as a kid, got hooked and kept coming back to it.

“I have been a magician for over 30 years. I love the lost art of haunted-style magic,” said Kenny, who honed his craft in places like New Orleans and Tucson before plugging into the unique energy only found in Bisbee. 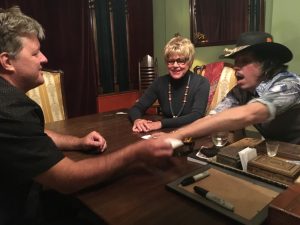 “Bisbee is a wonderful tourist destination with lots of haunted history. Bisbee is also built on the largest single deposit of quartz crystal anywhere in the world. Quartz crystal acts like a battery for letting certain energies come and go as they please,” he noted as an explanation for the number and quality of ghostly encounters people claim to experience in Bisbee. “Is it merely a haunted-style magic show or perhaps a glimpse into the spirited paranormal unknown? So you be the judge and see for yourself.”