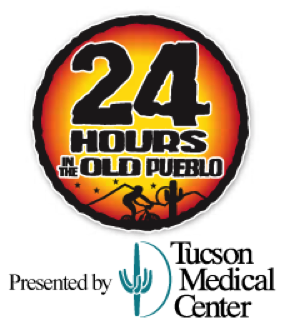 “We had twelve riders start, including me. None of us finished,” said Knight.

Even though everyone either wore out or got flat tires before finishing, for the next 32 years, Knight continued to produce some of the most successful mountain bike events in the country, right when the sport of mountain biking was becoming an international sports phenomenon. In 1989, Knight and his mountain state, race-promoter cohorts, created the West Virginia Mountain Bike Association, an organization still going strong today as one of the original and longest running non-NORBA/USA Cyling- sanctioned mountain bike series in America.

Simultaneously, Knight’s Granny Gear Productions (GGP) became the premier American mountain bike promotion company through the heyday of the early 1990s when mountain biking was the hottest “extreme” sport in the nation, if not the world. Knight rode this wave, capitalizing on it with the 24 Hours of Canaan near Davis, West Virginia, the very first 24 hour mountain bike race held in 1992 that has become folkloric in its tales of bloody shins and mud-covered, sleep-deprived grins. Canaan was so successful that GGP expanded to a six-event national 24 hour series including destinations Moab, Utah, Temecula, CA, Conyers, GA, Big Bear, WV, Killington, VT, Landhal, KS and Lake Tahoe.

“Without Laird Knight, there’d be no Epic Rides,” said Todd Sadow, president and co-founder of Epic Rides. “It’s truly an honor to dedicate this year’s 24 Hours in the Old Pueblo to Laird. I can’t think of a more fitting dedication recipient than the man who started this whole crazy fun round-the-clock experience on mountain bikes.”

Although Knight’s event promotion days are over, he is fielding a five-person co-ed team with friends for the event creatively named “RIP Granny RIP”. Granny may be resting peacefully as an event production company, but the experiences that Knight and his crew have provided for thousands of mountain bikers will live on forever.

Epic Rides invites the public to join a celebration of Knight’s event production career on Friday, Feb. 17 in the exchange tent at 6:45pm. Fellow Mountain Bike Hall of Fame member Nat Ross will guest speak and introduce Knight while Blue Banjo BBQ will serve attendees dinner. Tickets are $25 per person and are limited to the first 100 people. Purchase tickets here.