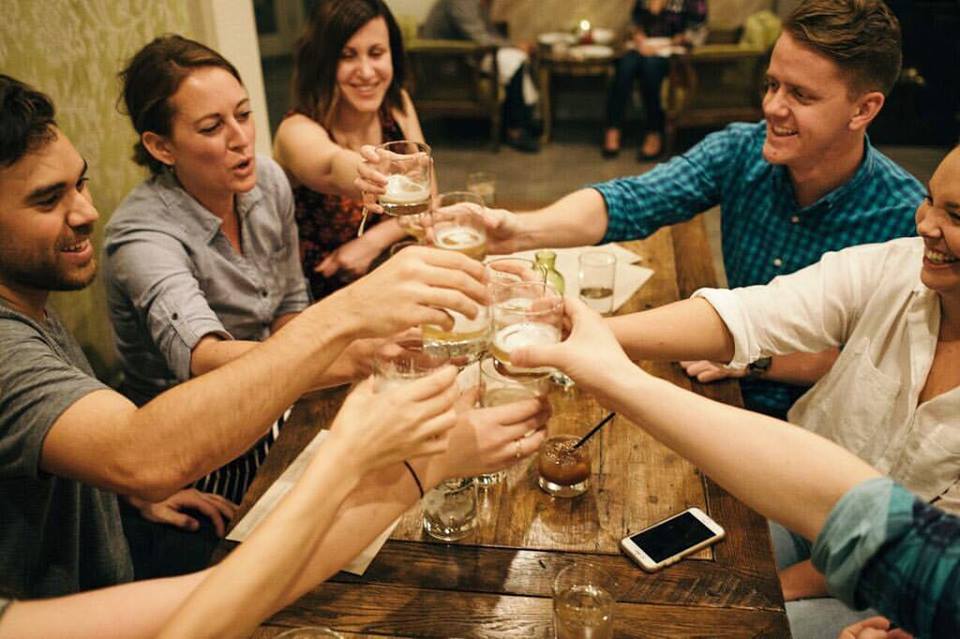 All week long on Tuesday, April 11 – Saturday, April 15, 2017, Crudo and Bar Crudo are celebrating their 5th Anniversary with a special menu featuring fan favorites from the past half-decade. Led by Chef/Co-Owner, Cullen Campbell, and Mixologist/Co-owner, Micah Olson, this award-winning restaurant and cocktail lounge will take guests on a tasty tour of Crudo’s greatest hits with a ‘best of’ menu featuring the 5 top-selling dishes (and cocktails) over the past 5 years. Offered nightly from 5 to 10 pm, this is your chance to sip and savor fan favorites, as vetted by fellow Crudo aficionados. Even better, all five throwback cocktails will be offered at $5 each, all week long!

But Crudo fans know this stylish restaurant is also home to Bar Crudo, one of the Valley’s finest craft cocktail lounges. Offered both inside the bar and in the main dining room, sip on your choice of 5 hand-shaken masterpieces drawn from Micah Olson’s ever-changing cocktail menu for only $5 each!

Tucked around the backside of Arcadia’s Gaslight Square, Crudo’s success story is as unique as its back-alley location. Originally opened as an experimental prototype from 2009 – 2011 inside the backroom of a Scottsdale beauty salon, in 2012, Chef Cullen Campbell (House of Tricks, La Grande Orange) partnered with renowned mixologist Micah Olson (Jade Bar at the Sanctuary, MercBar) to open a standalone restaurant and lounge in a then half-empty shopping center on the SE corner of 36th Street and Indian School Road.

Over the past five years, Crudo’s been named the #1 new restaurant in town by Phoenix Magazine and earned 4.5 stars out of 5 in the Arizona Republic. USA Today‘s 10best.com wrote, “Sushi sensibility meets traditional Italian flavors at Crudo, Phoenix’s hip Italian cafe specializing in sashimi-style seafood,” while the Wall Street Journal raved about Crudo’s bold food and craft cocktails. In 2013, Chef Cullen was invited to cook dinner at the prestigious James Beard House in NYC as well as was named the “Chef of the Year” by the Arizona Culinary Hall of Fame. Most recently, Cullen and Micah opened a second restaurant in the fall of 2015 named Okra Cookhouse & Cocktails and serving up authentic Southern-style eats with just a hint of Italian accents. Furthermore, Cullen joined six fellow Arizona chefs at a return engagement at the James Beard House in 2015.